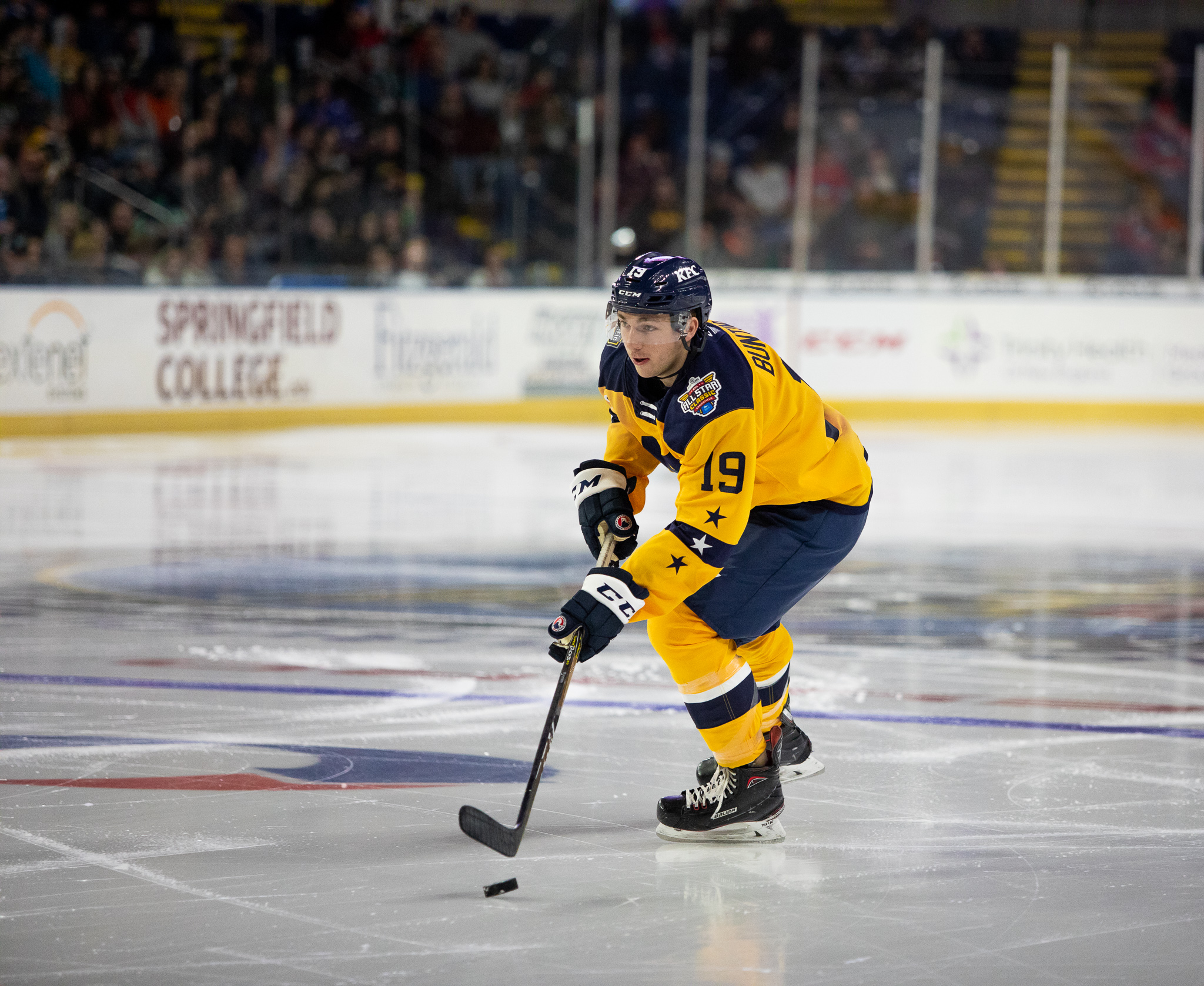 The 23-year-old wingers have both signed identical two-year extensions with the Arizona Coyotes organisation, keeping them around until 2021.

While no details have officially been revealed by the club, CapFriendly shows that if either player features on the NHL roster over the next two seasons, they will carry a cap hit of $737,500.

Keeping the two former fourth round picks around with the Roadrunners is a sensible decision by the Coyotes, with both playing a crucial role on the team last season.

Bunting finish the season as the second-top points producer for the Roadrunners with 19 goals and 41 total points in 52 regular season games.

His strong showing in the minors saw the Toronto native, drafted by the Coyotes 117th overall in 2014, selected to the AHL All-Stars Game back in January.

Fasching, meanwhile, scored 16 goals and had 33 total points in 64 regular season games in the minors - good for fifth on the team.

Keeping these two players around for another two seasons is a positive move for the Coyotes organisation, giving the Roadrunners two important offensive pieces for the immediate future while also giving the NHL club some depth options moving forward.

If the Arizona Coyotes struggle through another injury-plagued season in 2019/20, this will present the likes of Bunting and Fasching with an opportunity to impress in the NHL.

Bunting featured for the Coyotes five times last season, scoring his first NHL goal while averaging just 9:33 on the ice.

Fasching, who was originally selected by the LA Kings 118th overall in the 2013 Draft, has one goal and three total points in 22 NHL appearances - all coming during his time with the Buffalo Sabres.

While not significant moves by general manager John Chayka, they help keep the organisation's development team core together with a number of new, young players expected to make the move up into the AHL from next season.