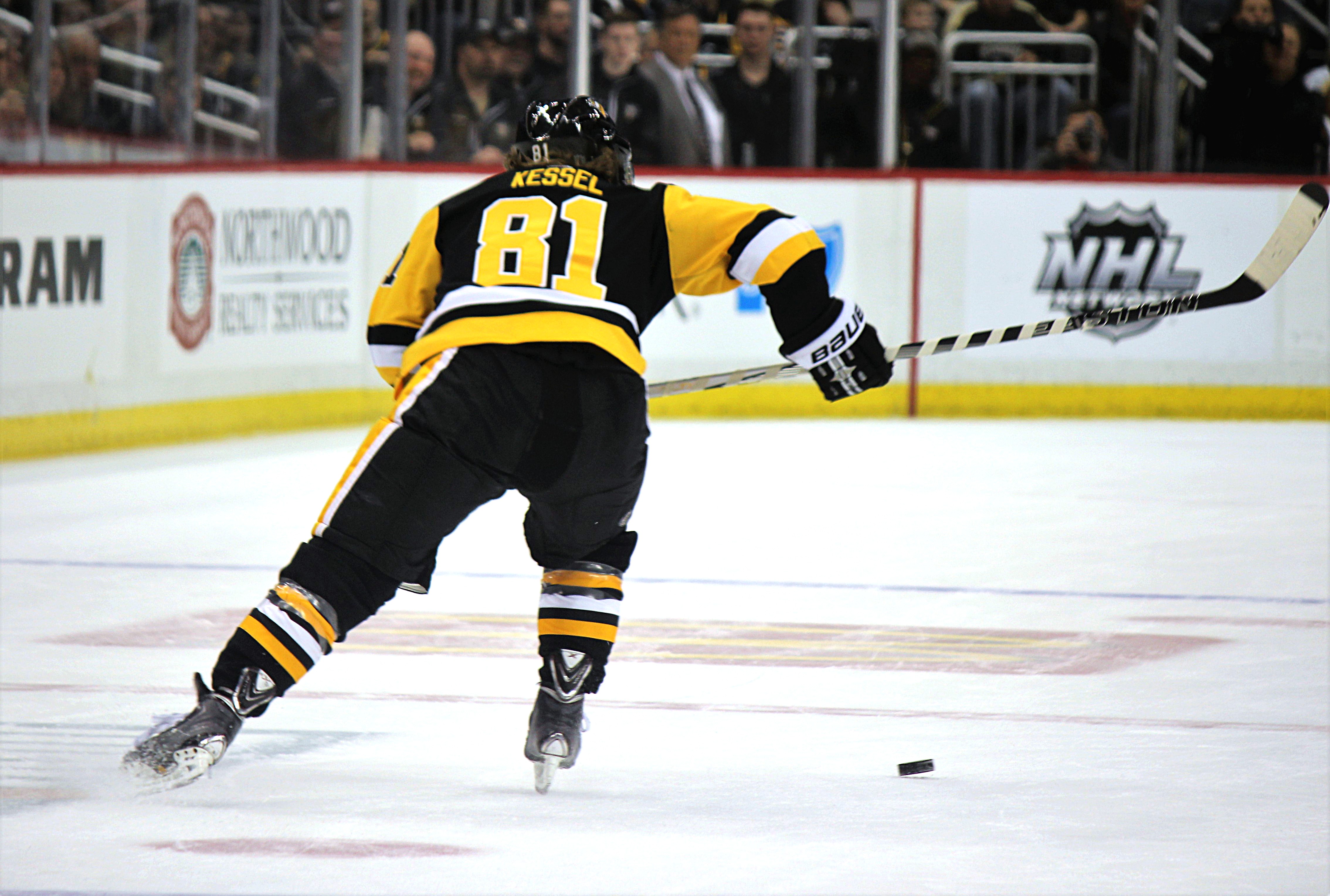 The 31-year-old winger arrives in the desert alongside 23-year-old defensive prospect Dane Birks and a 2021 fourth round pick with Alex Galchenyuk and Pierre-Olivier Joseph heading the other way.

With the acquisition of Kessel, the Coyotes now have a legitimate offensive threat that is familiar with head coach Rick Tocchet and is expected to give the team a real boost in front of the net.

But with the former fifth overall pick in 2006 on the books, how could the Arizona Coyotes line up on offence this season?

For the Arizona Coyotes' first line, they could line up with two of their most promising forwards alongside their latest addition.

Keller is undoubtedly the Coyotes' star for the future, having had a strong rookie campaign before having some struggles last season.

When partnered with Nick Schmaltz, who was acquired during the 2018/19 season, the pair looked deadly and are likely to be paired together both at even strength and on the power-play moving forward.

Adding Kessel to that mix should finally give the Coyotes a legitimate top line than is capable of threatening opposition defences and put far more pressure on opposing goaltenders.

After missing the majority of last season through injury, Christian Dvorak struggled in his return to the Coyotes line-up, registering just two goals and seven total points in 20 games.

Dvorak has constantly been moved around the line-up, and while he may project to be a centre regularly in the future, his best spot to regain his scoring touch is out on the wing.

Partnering Dvo with Derek Stepan would be a sensible move, with the veteran centre having previously played heavily as the team's top-line guy.

Dvorak had back-to-back 15 goal seasons before his injury and providing him with a strong, veteran centre could help him progress beyond this plateau.

On the right side could see Vinnie Hinostroza slot in nicely, with his 16 goals last season a nice surprise from a player that wasn't expected to be much.

Having three scoring forwards on the second line could give the Coyotes a strong one-two punch on offence that they have sorely needed over the past few seasons.

The Coyotes' third line could see a real mixture of talents put together, with the defensively responsible Carl Soderberg most likely to slot in as the team's third line centre.

Soderberg is capable of scoring goals, as shown by his 23-goal tally last season, but he plays a responsible two-way game that makes him an ideal candidate on the third line.

Putting the speedy, also defensively sound, Michael Grabner on his wing could provide Soderberg with options in front of the net.

Conor Garland, who impressed in his 47-game stint with the team last season, should step up next season and play a bigger role alongside the veterans Soderberg and Grabner.

Garland's goalscoring would be a valuable asset on the third line, with Soderberg and Grabner also likely to draw more attention from opposing players.

This line would likely play a solid possession game and could see Garland improve in his production as a result.

The Arizona Coyotes' fourth line could have the biggest question mark hanging over it heading into free agency, with a number of players being allowed to walk by the team.

Lawson Crouse received a qualifying offer as a restricted free agent and could reasonably step into that role after scoring 11 goals in the NHL last season.

Brad Richardson is nailed on as the team's fourth line centre after having arguably the best season of his career with 19 goals.

The veteran defensive centre is a guiding force on the back end, capable of playing with anyone that rotates alongside him.

Christian Fischer is likely to start on the fourth line also, filling out Tocchet's line-up based purely on players currently on the team's roster.

If the Coyotes decide to target someone in free agency, that could shake up this projected lines. So too could the performances of prospects such as Barrett Hayton, Nate Schnarr, Jan Jenik and Nick Merkley.

While a spell in the AHL would do them all good, if they exceed expectations they could certainly begin to push for a spot on the roster next season.