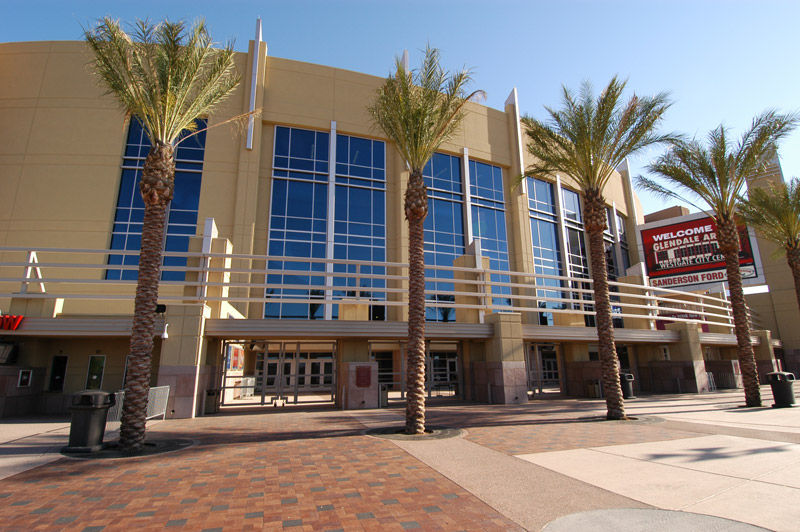 The Arizona Coyotes moved up in the first round of the 2019 NHL Draft to select right-handed Swedish defenceman Victory Soderstrom.

Since Soderstrom's name was called, there have been a string of glowing reports and quotes from Chayka about how desperate the team was to land the hugely talented blueliner.

The 18-year-old looks like he could be a slam dunk star in the desert and could even find himself pushing for a place on the NHL roster by the time October rolls around.

If Soderstrom isn't in the Coyotes' immediate plans, he will most likely return to Brynas in the Swedish Hockey League, unless his new NHL team feels he would be better served being in nearby Tucson.

However, with Chayka seemingly infatuated with the young right-handed shot defenceman, there's a real chance he could feature for the NHL club at some stage in the 2019/20 season.

But while there has been plenty of positivity around the selection, there is the underlying question of how the Coyotes could fit him into their top six.

The Arizona Coyotes made a surprising push towards the playoffs during the second half of the 2018/19 season and this was in large part due to their stacked defensive corps.

The team posted the joint-best Penalty Killing unit in the regular season, with an 85% success rate, and the spectacular form of Darcy Kuemper truly helped their blue-line play.

If the team is eager to bring Soderstrom in so soon, this could see one of the players involved in that stellar defensive unit last season moved on, with the likes of Kevin Connauton and Alex Goligoski both being regularly mentioned as two players that fans wouldn't mind moved on.

This could play out well for the Arizona Coyotes, who may need to offload one of their existing defensive veterans to accommodate Soderstrom - allowing the team an opportunity to bring in a new offensive player that can contribute.

The Coyotes are in desperate need for goal-scoring and with defencemen being in high demand, particularly those that shoot right-handed, there could be some deals on the horizon.

Chayka has never shied away from trading since arriving in the desert, so seeing him move an existing player on in order to fit in the young guy he has fallen in love with will not come as a surprise to many.

The only question now, is who will be moved and what can the team reasonably get back in return?