The Coyotes Bankruptcy: a Retrospective Part I: The raising of Glendale Arena

Today, Five For Howling begins a series that will examine in depth the processes that led to the Arizona Coyotes' bankruptcy and subsequent sale to IceArizona. The first entry looks at the development of Glendale Arena.

Share All sharing options for: The Coyotes Bankruptcy: a Retrospective Part I: The raising of Glendale Arena

In 2001, nobody would hold it against you if you had never heard of Glendale, Arizona before.

The sleepy West Valley suburb 10 miles northwest of Central Phoenix had little to make its city of 218,812 worth any more than a casual drive by on the way to something more interesting. It was too far north of the I-10 and too far west of the I-17 to be a major stopping point, and it only barely stretched to incorporate the burgeoning Loop 101 within its city limits.

But on Nov. 30, 2001, the Glendale City Council unanimously decided to change that reputation. Envisioning a burgeoning sports and entertainment district that would be the envy of the Valley, Glendale approved an agreement with real estate magnate and Coyotes owner Steve Ellman to build a $180 million arena that would eventually become the new home of the then Phoenix Coyotes.

A change of venue was precisely what the Coyotes needed. Although Valley sports magnate Jerry Colangelo had brought NHL hockey to the Valley in 1996, he had not brought an appropriate venue. America West Arena (now US Airways Center) was a basketball arena, and a basketball arena only. The substantially larger playing surface NHL hockey utilizes barely fit in the arena, and it was a cumbersome fit at that. 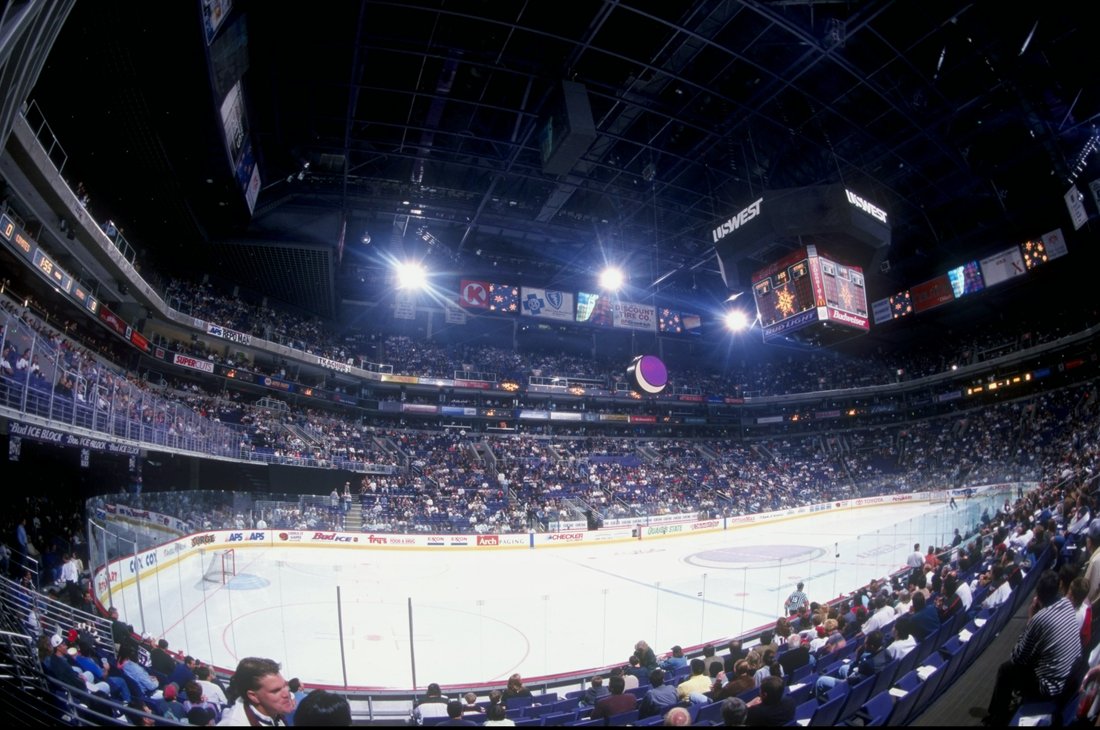 The obstructed view seating was simply not a long-term solution, and securing a new arena would be critical to maintaining fan interest. Glendale's commitment to the arena came as Ellman considered a plan to construct the arena on the former site of Los Arcos Mall in Scottsdale. This plan, while closer to the more densely populated, affluent suburbs in the East Valley, faced community opposition from local residents worried about the traffic and noise a sporting venue would bring.

The Glendale Arena plan, by contrast, would be a much easier sell in the short term. The site located at Glendale Ave. and the Loop 101 remained primarily agricultural, which meant no neighbors and low land prices. The West Valley was in the midst of a construction boom that would boost the population of cities like Peoria, Surprise and Glendale in the medium to long-term.

But Ellman had his heart set on Glendale, for one particularly big reason. The arena would be the centerpiece of the Westgate City Center, a multi-million dollar dining and shopping center to be developed by Ellman on land already owned by Ellman. The first $6.4M in bonds sold by Glendale to finance the arena went to reimburse the city for land it purchased from Ellman. The Coyotes' owner had not only managed to get a free arena to anchor his real estate development, but also got the City of Glendale to pay him for the right to build it.

Construction on the arena itself broke ground on April 3, 2002, with a completion date expected later in 2003. With a capacity of 17,125, Glendale Arena would be larger than the 16,210 seats that the US Airways Center could hold for hockey, but it would also remain one of the smalleat venues in the NHL (only Rexall Place in Edmonton and Nassau Coliseum in Long Island were smaller, with Winnipeg's MTS Centre joining this list after Atlanta's relocation in 2011).

Opening night for NHL hockey occurred on Dec. 26, 2003 with a tilt against the Nashville Predators (Nashville would win 3-1).The immediate impact of the arena on attendance was significant; the Coyotes averaged 13,229 attendees in the 2002-03 season. In the 2003-04 season, despite playing thirteen home games in Downtown Phoenix in 2003, the Coyotes still averaged 15,467 people, an increase of more than 2,000.

The numbers would remain robust even after the lockout. In the 2005-06 season, the Coyotes drew 15,582 per game. The season after that, Phoenix averaged 14,988. But lackluster performances on the ice would slowly take their toll on the crowds, and Jobing.com Arena's location and price tag would soon cause massive problems for changing ownership that would eventually drive the team into bankruptcy.