What are the major questions concerning the Coyotes' potential performance, on and off the ice, during the upcoming NHL season?

1. Who is the real Mike Smith?

The entire Phoenix Coyotes season hinges on the answer to this question. The Kingston, Ontario native enters the 2013-14 season with a new 6-year contract extension, looking to recapture his successes from two seasons ago. Management would not have signed the netminder to a long-term contract if they didn't believe he was the answer in net. Unfortunately, his performance over his career has been up and down, which leaves room for plenty of doubt. 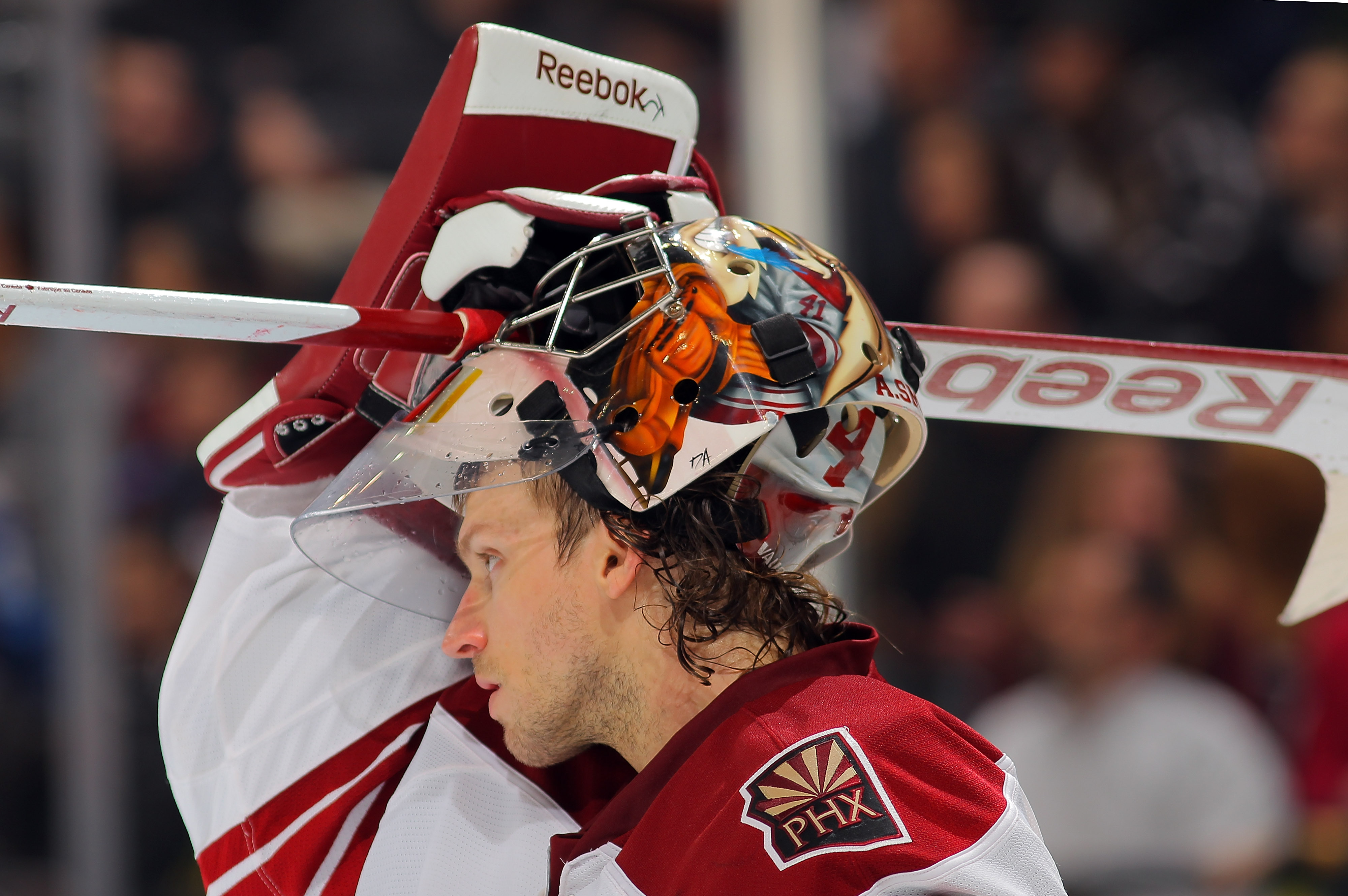 Smith's below average play last season may not be a mirage despite his struggles with injuries. His overall NHL career even strength save percentage of .915 suggests that Smith is not a guy who can carry a club night in and night out for the long run.

While goaltenders have traditionally performed better under Dave Tippett than under an average NHL bench boss, a few extra saves above Smith's career average isn't going to cut it if the Yotes expect to return to the postseason. They need the 31-year-old goaltender to return to the form he displayed during the 2011-12 regular season and playoffs. It's possible he can; however, it's more likely fans in the Valley will witness a performance which lies somewhere between his career average and his greatest career season.

2. Is Mike Ribeiro worth the money?

If the answer was an unequivocal 'yes' the veteran center would have likely never been available this summer. Washington Capitals general manager George McPhee would have locked him up last winter after seeing him in action. Based on Ribeiro's goal and assist numbers over his previous five seasons and the current free agent market, one would assume the money and term of his deal (4-years, $22 million), even for a player in his mid 30s, would be fair -- maybe even a bargain. After all, he's one of the best passers and power play point producers in the game. Those are two areas in which Phoenix hasn't had a comparable player in the last decade or so, with the exception of Ray Whitney. 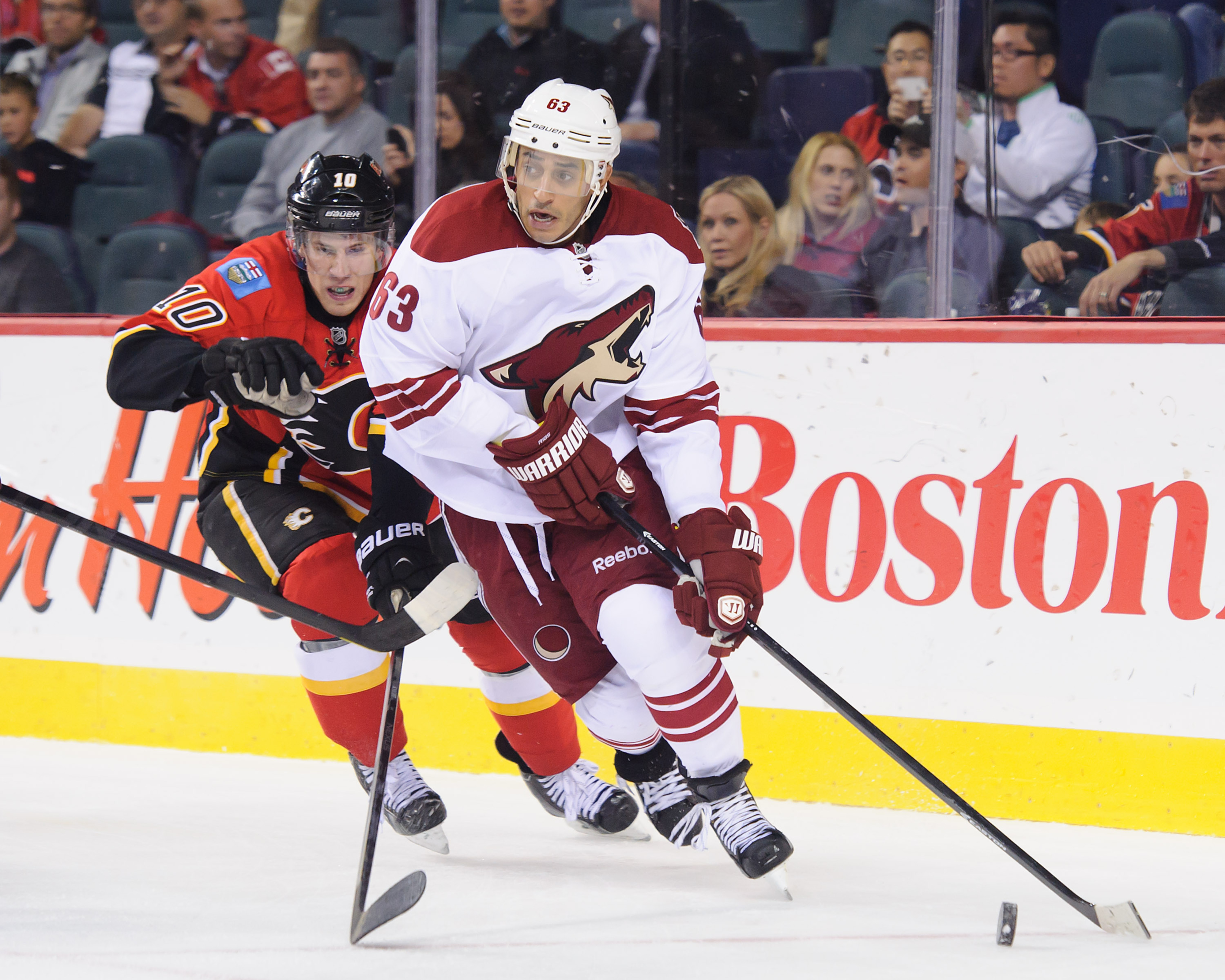 Ribeiro's overall point totals are comparable to a player like Mike Richards who has a similar cap hit (though Richards signed his deal as an RFA back in 2008). While signing a player in his mid 30s to a longer term deal carries some risk, age is not the biggest concern. The concern with the Montreal native's game is, unlike the aforementioned Richards, it is mainly a one way affair. His coaches over the years have had to shelter his minutes because he's not a consistently good player outside of the offensive zone and his face-off numbers are below average. Additionally, his penchant for taking unnecessary penalties in recent years is a concern. However, if he truly was a number one center with a two-way game, he would have been able to command more than $5.5 million per season as an unrestricted free agent.

He may be worth more as a Coyote than he would be as a Capital, a Star, or guy on a majority of rosters around the league. If the slender center improves the output of the Phoenix offense and power play without spending much time in the penalty box, he'll be worth the money, even if the majority of his minutes are against weaker competition.

3. With ownership settled, will the fans show up?

In a word, yes. It will take time to rebuild the frayed relationship between the Valley's casual hockey fans and an organization that spent a half decade marred in relocation rumors and fodder for international jokes. However, the team's new ownership group has already taken steps in attempt to rebuild that relationship. Tailgating is now permitted before weekend home games, the team's president is holding a contest for fans to win his tickets for opening night, and the team is coming off a charity game that raised more than $160,000 for the families of the firefighters who tragically lost their lives in Yarnell, Arizona earlier this year. 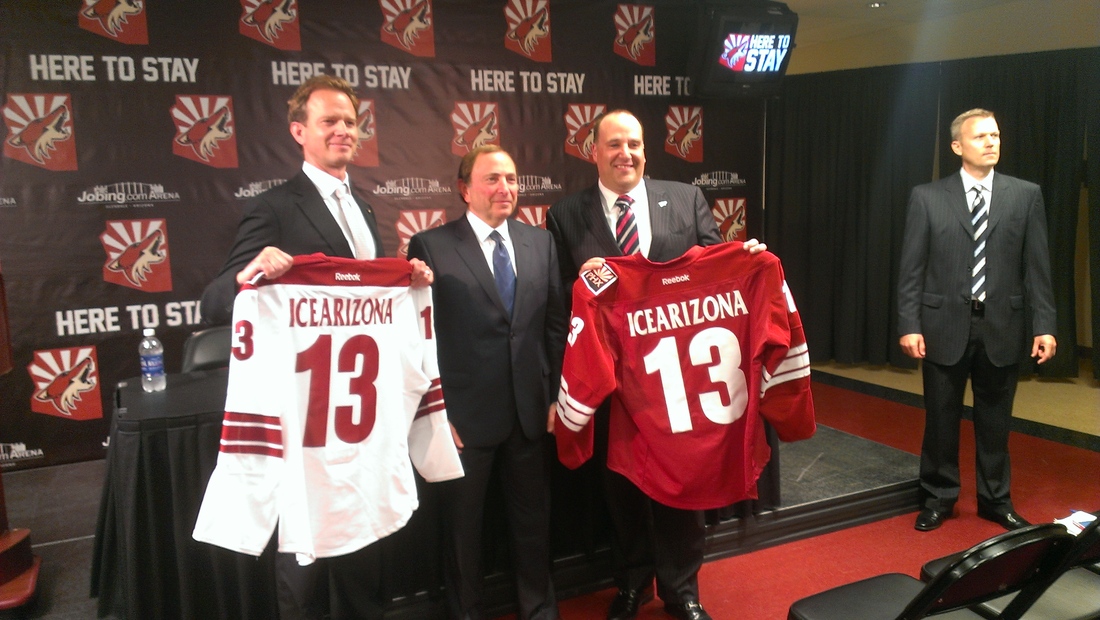 Attendance was not always mediocre. In the early days at Glendale Arena, the Yotes averaged more than 15,000 fans per game in the four seasons following the 2004-05 lockout. Those numbers dropped sharply when the team was put into bankruptcy. Constant relocation rumors and season-to-season uncertainty destroyed the foundation of this and any team: corporate sponsors and season ticket holders. Who would invest thousands of dollars in a team that could have moved at any time?

Location remains an issue and will throughout the Coyotes' tenure in Glendale. Many fans are willing to make the drive, but some in the East Valley (considered the more affluent part of the Phoenix area) have trouble with traffic during the week.

Are there enough hockey fans in Arizona? Yes. The Coyotes have sold out every postseason game in Glendale. There are hockey fans in the Desert; the trick is getting them out to Glendale on weekdays during the regular season.