Who Had The Best Rookie Season in Phoenix Coyotes History? The Final Round

The final round of the best rookie season in Coyotes history tournament is finally here.

Share All sharing options for: Who Had The Best Rookie Season in Phoenix Coyotes History? The Final Round

It's all come down to this. A forward versus a defenseman. Two rookie seasons, two years apart.

As per usual, the voting will be open for 48 hours and the winner of the match-up will be announced via FFH's Facebook and Twitter.

The tournament comes down to this! Who had the best rookie season in Coyotes history? 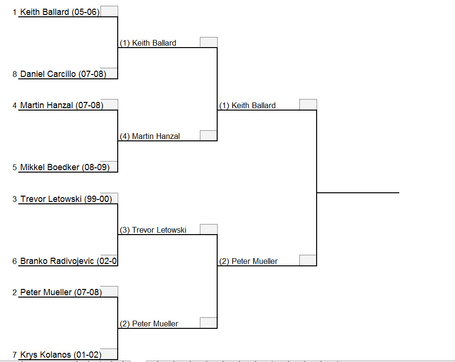 As the final round is now under way, let's take a look back at the arguments for the two best rookies in Coyotes history, according to you, the readers.