During the NHL lockout, Five For Howling decided to adopt a team from another league with the help of our readers. Our readers chose the Manchester Phoenix of the English Premier Ice Hockey League in the United Kingdom. Even though the lockout is over we continue to check in with our adopted team.

Earlier this month, the Manchester Phoenix had their New Shirt Launch, in the UK jerseys are called shirts, where they revealed five new designs for jerseys. The Phoenix will have jerseys for home and away league games, home and away Cup games, as well as a warm-up jersey.

The following photos were taken by and are property of Richard Amor Allan in conjunction with Manchester Phoenix. 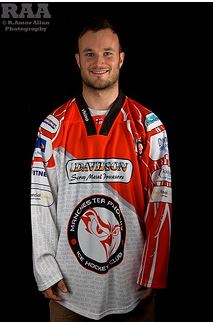 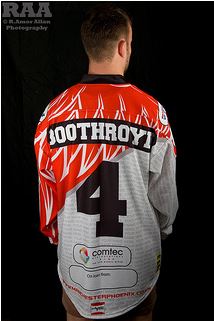 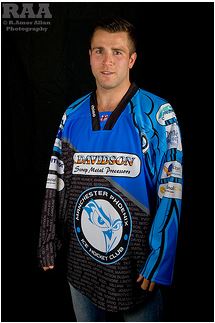 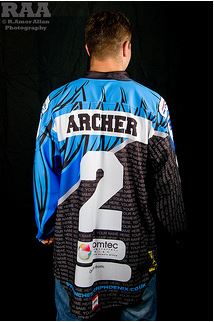 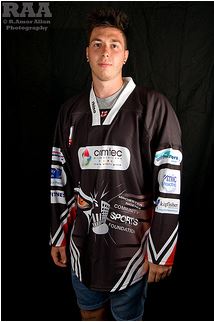 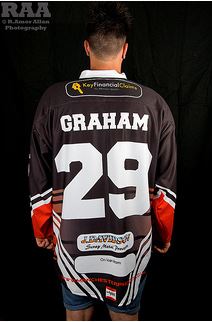 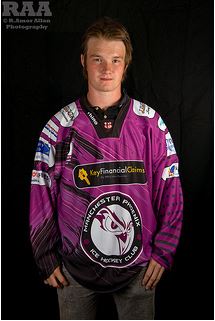 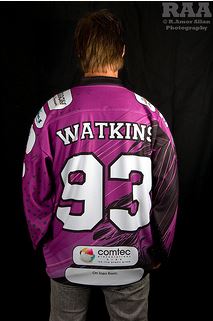 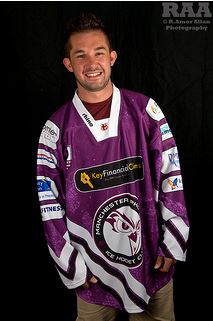 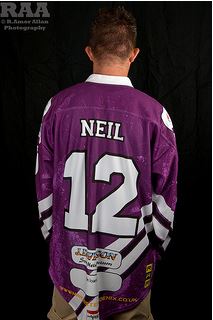 (Note: this is the original design that was presented at the shirt release, however on July 12 the club announced that after consulting with the league they would be redesigning the jersey to be primarily white.)

As a hockey fan in North America, the concept of ads on the jerseys does take some getting used to, especially having one so predominately featured on the front. Additionally, the concept of different jerseys for the Cup is interesting; it would be akin to the Phoenix Coyotes wearing a new jersey for the Stanley Cup Playoffs.

If you are interested in picking one of these up, they are available on the Manchester Phoenix's website here. Let us know what you think of the new designs in the comment section below.