Share All sharing options for: Petr Prucha & Viktor Tikhonov Having Success In Russia

When Coyotes fans last saw Petr Prucha and Viktor Tikhonov, they were playing together for former Phoenix Coyotes head coach Wayne Gretzky back in the 2008-09 NHL season. Prucha and Tikhonov crossed paths again at the beginning of the 2010-11 season in San Antonio, Texas when they were both assigned to the San Antonio Rampage. Prucha only played 20 games in San Antonio before moving on to play in the Kontinental Hockey League (KHL).

The two were reunited once again at the beginning of the 2011-12 hockey season halfway around the world in St. Petersburg, Russia . Tikhanov joined Prucha in the KHL playing for the St. Petersburg SKA club. The two players are again playing for SKA this season. Tikhonov, whose negotiating rights are still controlled by Phoenix, has scored 10 goals in the 31 games he's played in so far this season. Prucha has scored one less goal in 30 games. 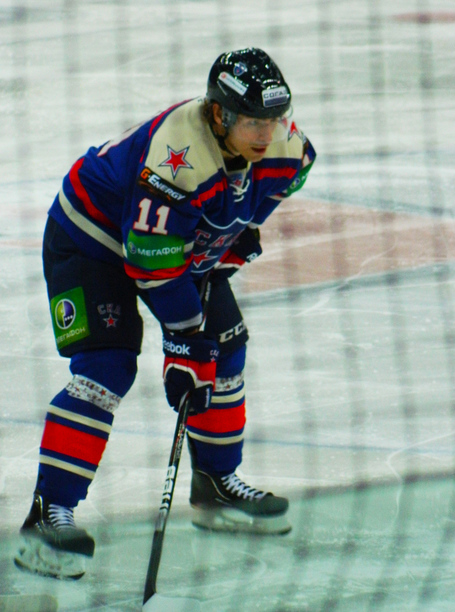 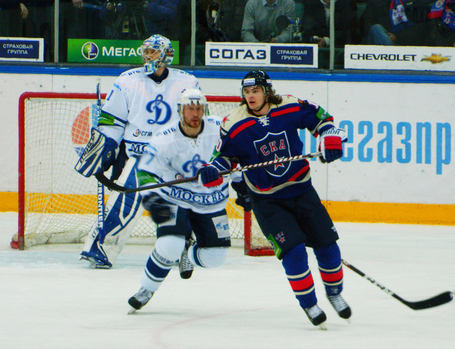 St. Petersburg SKA currently leads Western Conference and the Bobrov division of the KHL by four points over Dynamo Moscow. SKA's last game was a 3-2 loss to Dynamo at home this past Saturday night. If you want to see how both former Coyotes look on the ice these days, you are in luck. SKA has a rematch with Dynamo Moscow on Tuesday, and it is being broadcast live online on ESPN3 at 8:30am MST.