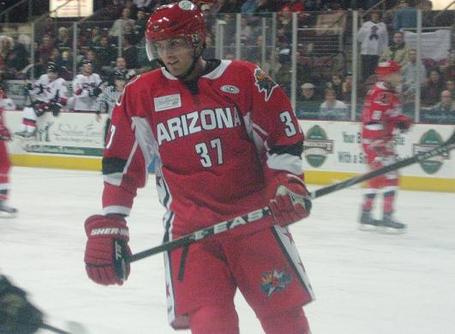 In a week where more eyes than ever were turned towards Tim's Toyota Center, the Arizona Sundogs rose to the occasion.

On Wednesday night the 2012 CHL All-Star Game took place in front of over 4,700 fans with the Arizona Sundogs facing off against a team comprised of the best in the CHL. Arizona got on the board first with a goal from forward Kevin Petovello, assisted by Luke Erickson and Zach Carriveau, just 2:04 into the opening period. The All-Stars would net two goals before the end of the period, one by Matt Robinson and the second by Bruce Graham, to take the one-goal lead into the first intermission. The second period would begin the same as the first with the Sundogs getting on the board early, this time with a goal by defenseman Jesse Perrin, assisted by Craig Macdonald and Daymen Rycroft. The All-Stars would take the lead again with a second goal by Matt Robinson at 7:25, but Arizona's Kevin Petovello would tie things up once more with his second of the night two minutes later, assisted by Samson Mahbod and Jean-Philipp Chabot. The All-Stars would find their grove in the third period, with Brett Smith getting a goal just 35 seconds in. Just over halfway through the period, Sundogs' forward Samson Mahbod would cut the lead to one, assisted by Kyle Hood and Jesse Perrin, but the All-Stars would get two more before the final buzzer, one by Brad Marino and one by Jeff Teminesi, and take the victory. The Sundogs tied an All-Star Game record with a total of 75 shots. Arizona goalie Scott Reid played the first half of the game and made 24 saves on 27 shots before Mike Spillane would play the final half and make 21 saves on the 23 shots he faced. Brandon Marino was named the MVP for the All-Stars, while Kevin Petovello was named the MVP for the Sundogs. 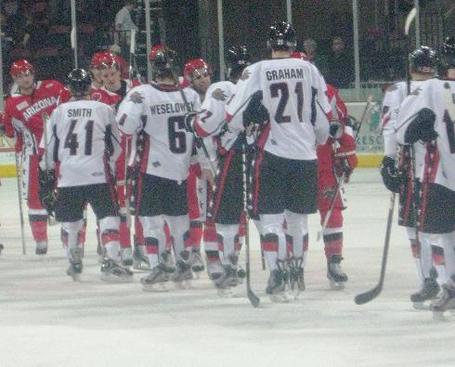 The Sundogs and All-Stars in the post-game handshake 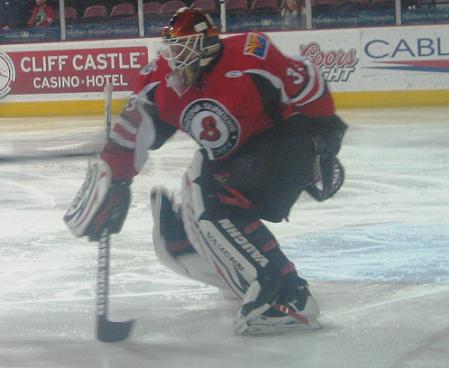 Arizona returned to normal action Friday night for the first of back-to-back games against the Laredo Bucks. Neither team could find the back of the net in the first period, but Sundogs' forward Kyle Hood lit the lamp just 1:41 into the second, assisted by Daymen Rycroft and Kevin Petovello. Forward Samson Mahbod increased Arizona's lead with a goal just three minutes later, assisted by Tyler Matheson and Corey Toy. Laredo got on the board a minute after that, but Arizona took the one-goal lead into the second intermission. With time winding down in the third, Laredo pulled their goalie for the extra attacker, but it was the Sundogs who scored with an empty-netter by Jean-Philipp Chabot, assisted by Corey Toy. The Sundogs totaled 56 shots in the game and goalie Scott Reid turned away 32 of the 33 shots he faced.

The teams faced-off again on Saturday night and it was Laredo who got on the board first, scoring twice in the opening frame. Arizona forward Craig Macdonald got his team on the board with an unassisted, shorthanded goal at 4:32 of the second period. With the middle frame nearing a close, Sundogs' forward Mike Gurtler would even the score, assisted by Jean-Philipp Chabot and Craig Macdonald. The Bucks would score first in the third period, but Mike Gurtler would tie the game once more with his second of the night on the powerplay midway through the period, assisted by Tyler Butler and Jean Philipp Chabot. Sundogs' forward Kevin Petovello would give his team their first lead of the night with a goal at 18:23, assisted by Kyle Hood. For the second straight night, Laredo would pull their goalie for the extra attacker and again it would be Arizona who would score with a goal by Craig Macdonald, assisted by Jean-Philipp Chabot, at 19:59. The Sundogs totaled 55 shots and goalie Scott Reid made 26 saves on 29 shots.

Thirty-five games into the season; Arizona is 12-17-6 and is 6th in the Berry Conference.

The Sundogs' special teams currently have a 17.16% powerplay percentage and an 82.39% penalty kill percentage.

Forward Kyle Hood continues to lead the Sundogs in scoring with 33 pts (12g/21a). Forward Jean-Philipp Chabot is tied with Hood for the most goals at 12.

On 1/10 defenseman Jason Goulet was waived; on 1/12 forward Nathan O'Nabigon was acquired from Missouri in completion of the David Nimmo trade; on 1/13 defensemen Zach Carriveau and Jesse Perrin were activated from IR; on 1/14 forward Luke Erickson was granted leave by the league

The Sundogs continue their season-long homestand with three games this week, one against the Wichita Thunder and two against the Allen Americans.