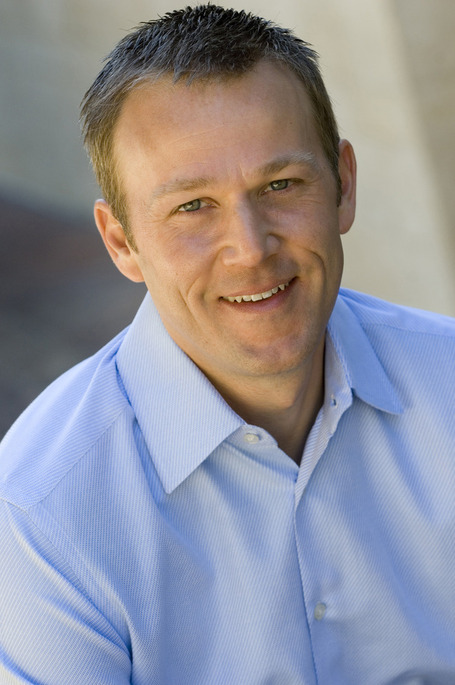 This past week Rich Nairn, Senior Director of Media Relations for the Phoenix Coyotes, was kind enough to answer a number of questions for us via email.  Rich has a long history with the franchise having started working with the franchise as when it was still in Winnipeg back in 1993.  He moved with the team to the Valley and worked for the club until 2007.  Rich returned to the club this past September.

Can you briefly describe your duties with the Coyotes and that of the staff that works for you?

You worked with the franchise in a similar capacity in the past.  What differences, if any, have there been your second time around working for the franchise as opposed to the first time?

In between your stints with the Coyotes you worked for the Newport Sports Agency. What was the most enjoyable part of your time there?

For most of my career in sports, I've been fortunate to work on the team side. Although my job in the NHL involves a lot of interaction with players, it was interesting to work on the agency side and work solely for the players. My focus was trying to secure endorsement deals for NHL players.

Is the lack of coverage from the local media noticeable from your perspective; have you seen any change in the level of interest during the course of the season?

On the contrary. Our media coverage has been fantastic this season and has increased substantially. From training camp on, our department has been extremely proactive and we are thrilled with the results. We have increased awareness about the Coyotes in our market and are now getting the same or better media coverage as the other Valley teams.

What have been some of the challenges that you've seen promoting the Coyotes in the local press?

Phoenix is an incredibly competitive sports market. With the Suns, Dbacks, Cardinals and Coyotes along with ASU and U of A football and basketball, the Waste Management Open and two NASCAR events, you have to fight or your coverage and be very proactive.

In recent years the two main challenges have been the ownership uncertainty and the team's poor performance prior to last season.

We remain optimistic that a deal to keep the Coyotes in the Valley for many years to come will be reached soon and that all the negativity surrounding the franchise will finally be gone. On the ice, Coyotes GM Don Maloney and Head Coach Dave Tippett have done an incredible job and have the Coyotes back on the winning track. The team had an amazing year last season and is once again right back in the playoff race. The media don't want to cover a losing team and thankfully we are now a competitive playoff team that is fun to watch.

The team has increased its use of social media and the web this season.  Are there any new plans in the pipeline for distributing information/content about the team due to the challenges of getting mainstream press coverage?

The Coyotes are very proud to have one of the best websites in the entire NHL. We work hard on a daily basis to provide our fans with interesting and fresh content. We are also very active in social media and understand the importance and effectiveness of reaching our fans via Twitter and Facebook. We will continue to be on the cutting edge and look for new ways of using social media to increase our media coverage and fan interaction.

What is the one story surrounding the current Coyotes team that you think hasn't received enough attention?

There are a couple...

1) The emergence of Coyotes defenseman Keith Yandle into one of the NHL's best defenseman. There has been some coverage on Yandle this season but I don't think the media know how good he really is. He's going to be an elite defenseman in the NHL for many years.

2) Lauri Korpikoski's career year. He is one of the team's unsung heroes and is one of the main reasons for the Coyotes success this year. He's always been a strong defensive forward but his offensive talents have started to emerge.

Who have been the easiest players to work with for you, both current/past?

I've been very fortunate to work with some great players over the past 15 years including Teemu Selanne, Jeremy Roenick, Keith Tkachuk, Rick Tocchet an Teppo Numminen but by far, Shane Doan has been the easiest and best player I have ever worked with. Quite simply, he is the consummate professional who will do anything you need to help the organization. He is an incredible leader who treats everyone first class and is one of the nicest people you will ever meet. It's a privilege to work with him and I'm proud to call him a friend.

What is your favorite highlight from your time working with the team?

There are many but my top two would be getting an opportunity to move down to Phoenix in 1996 and help launch the team and also to introduce the Winnipeg Jets WhiteOut playoff tradition to Coyotes fans and media in the Valley.

Thanks again to Rich for taking time out to answer our questions. You can follow him on Twitter.