Share All sharing options for: Coyotes Go For Shark Dinner In San Jose 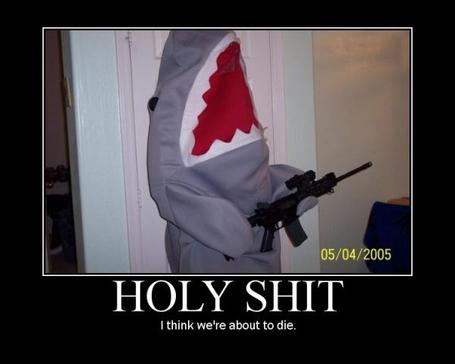 posted by Carl Putnam about 10 hours ago

So the Coyotes kick off their second "half" of the season tonight from HP Pavilion, aka "The Shark Tank" against division rivals the San Jose Sharks. The Coyotes are starting an important stretch of games against Western Conference foes that are bunched up right behind the Desert Dogs and they need to keep winning to cement their playoff spot. A losing stretch here and the Coyotes will be on the outside looking in.

Coming into the game tonight, All Star Keith Yandle is riding a 9 game point streak and looks to continue his hot play after being named the 2nd Star of the Month for January. Mikkel Boedker and Andrew Ebbett are back from San Antonio and the team hopes to continue their 5 game road winning streak at a building that is always tough to play in.

For the Sharks, the first half of the season can only be classified as a disappointment, but they are currently sitting in a playoff spot, which may be the best they can salvage from this mess of a season. Evgeni Nabokov never was able to get them over the playoff issues, but newcomers Antti Niemi and Antero Niittymaki haven't stepped up to assert themselves as a definitive #1 starter either. Key players Joe Thornton, Patrick Marleau and Dany Heatley will need to reaffirm their status as top point getters if the team is going to excel in the second half, while rookie Logan Couture needs to stay in the hunt for the Calder.

Tonight's Musical Selection: "You've Been Warned" by Dirty Sweet, my favorite indie band that needs to be signed...