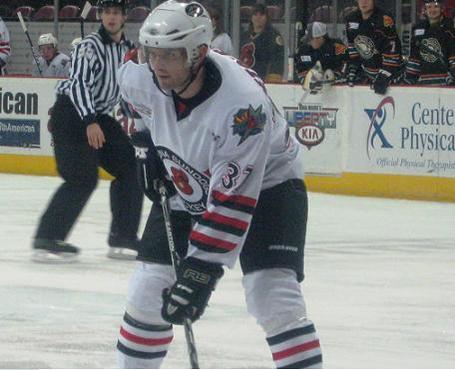 On Tuesday night, the Quad City Mallards made their first appearance at Tim's Toyota Center and it was the Mallards that got the first goal just over four minutes into the game. Arizona answered back a minute and a half later with a goal by forward David Nimmo, assisted by Jeff Hazelwood and Corey Toy. Sundogs' forward Jeff Martens gave his team the lead just 40 seconds later, assisted by Craig Macdonald and Jean-Philipp Chabot. Neither team would score in the second period, but Quad City would get two goals early in the third to take the lead. Newly signed Arizona forward Kevin Petovello would get his first goal as a professional midway through the third to tie the game, assisted by Shawn Mortin-Boutin and Samson Mahbod, and eventually send the game to overtime. The Mallards would score just 44 seconds into overtime and take the 4-3 win. The Sundogs totaled 40 shots in the game and goalie Levente Szuper made 39 saves on 43 shots.

On Friday night, Arizona faced off against the Tulsa Oilers and the Sundogs scored the first goal, a powerplay tally by forward Jean-Philipp Chabot, assisted by Craig Macdonald and Jeff Hazelwood. Forward Samson Mahbod increased Arizona's lead with a goal just 18 seconds later, assisted by Kevin Petovello and goalie Scott Reid. Tulsa would get on the board late in the first to cut the lead in half before the break. The Oilers would score first in the middle frame to tie the game, but late in period forward Adam Smyth would score for the Sundogs, assisted by Luke Erikson and Craig Macdonald. Tulsa would get two goals in the final period and come away with the 4-3 win on the night. The Sundogs totaled 34 shots in the game and goalie Scott Reid made 35saves on 39 shots.

Saturday night saw Arizona and Tulsa meet again and it was the Oilers getting the first goal, the only tally of the opening frame. Tulsa would score twice more before the midway point of the second period. Sundogs' forward Craig Macdonald got Arizona on the board with a goal at 12:37 of the middle frame, assisted by Luke Erickson. The Oilers would regain the three goal lead with another tally before the end of the period. With time running out, Arizona forward Adam Smyth would score, assisted by Patrick Schafer. The Sundogs would pull the goalie and crash the net, coming away with a goal by forward Kyle Hood, assisted by David Nimmo, at 19:14 of the third. The goalie would remain pulled, but Arizona would be unable to tie it up before the final horn would sound. The Sundogs totaled 50 shots in the game and goalie Levente Szuper turned away 24 of the 28 shots he faced.

Twenty-six games into the season; Arizona is 9-13-4 and is 6th in the Berry Conference.

The Sundogs' special teams currently have an 18.18% powerplay percentage and an 80.14% penalty kill percentage.

Forward Kyle Hood continues to lead the Sundogs in scoring with 28 pts (9g/19a).

The Sundogs take to the road again for two games against the Rapid City Rush.