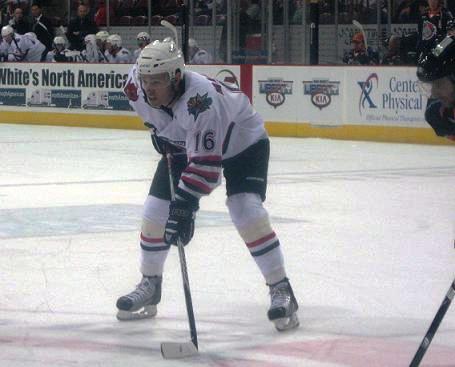 Fresh off IR, Craig Macdonald made an impact in Rapid City

Arizona wrapped up its two weeks on the road with games against the Rapid City Rush on Friday and Saturday.

Friday night, Rapid City got the first two goals, the lone goal of the first period and a second early in the middle frame, before recently reactivated Sundogs' forward Craig Macdonald would score, assisted by David Nimmo. The Rush would get another goal late in the period to take a 3-1 lead into the second break. With a powerplay late in the third period, Arizona would pull the goalie and once again Craig Macdonald would find the back of the net, assisted by Kyle Hood. The Sundogs would keep the goalie on the bench to try and tie the game, but it would be Rapid City who would score and come away with the 4-2 victory. The Sundogs totaled 23 shots in the game and goalie Scott Reid turned away 37 of the 40 shots he faced.

The teams met again on Saturday night and the game was a penalty-filled affair that went totally in Rapid City's favor. At the final horn, Arizona would have 66 minutes of penalties on 22 infractions and the Rush would have 40 minutes on 13 infractions. Rapid City would get all the goals on the night, ending the game with a 7-0 win. The Sundogs totaled 33 shots in the game and goalie Scott Reid made 33 saves on 40 shots.

Twenty-two games into the season; Arizona is 8-11-3 and is 6th in the Berry Conference.

The Sundogs' special teams currently have a 16.96% powerplay percentage and an 80.17% penalty kill percentage.

Forward Kyle Hood continues to lead the Sundogs in scoring with 27 pts (8g/19a).