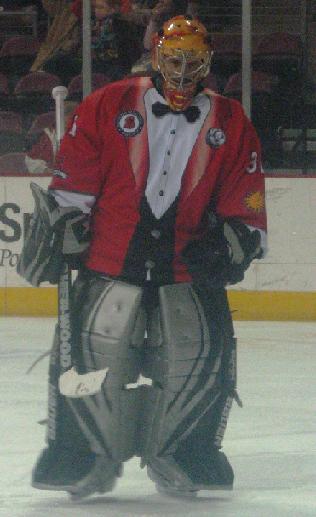 The Arizona Sundogs played three straight home games against the Laredo Bucks, including games on both New Year's Eve and New Year's Day, and then began a three game homestand against the Rio Grande Valley Killer Bees.

The series between Arizona and Laredo began on Wednesday night and the Bucks sought to set the tempo early with a goal just 32 seconds into the first period. The Sundogs' powerplay once again figured into the scoring as the team collected two powerplay goals in the second period; the first by forward Cam Keith and the second by defenseman Maxime Renaud. Laredo tied the game mid-way through the third period and the game looked to be going to overtime, when Arizona's newly signed forward Patrick Schafer scored the game-winner at 18:31 of the third. The Sundogs totaled 27 shots in the game and goalie Levente Szuper turned away 34 of the 36 shots he faced.

The two teams met again on Friday night for the Sundogs' fifth straight New Year's Eve home game. Once more Laredo struck early with a goal less than two minutes into the first period, and once more Arizona's powerplay answered back with a goal by forward Luke Erickson a few minutes later. Laredo took control of the second period, scoring two powerplay goals. Midway through the third, Laredo was on the powerplay again when Arizona forward Joey Sides scored shorthanded. The goal was Sides' league-leading sixth shorthanded point and third shorthanded goal. Luke Erickson scored again late in the third period to send the game into overtime. With the overtime period winding down and a shootout looming, Sundogs' captain and defenseman Tyler Butler scored with just three seconds left, giving Arizona its first back-to-back home wins of the season. The Sundogs totaled 43 shots in the game and goalie Levente Szuper turned away 27 of the 30 shots he faced.

For the first time in team history, the Sundogs played a game on New Year's Day to wrap up their homestand against the Bucks. For the third straight game, Laredo scored first with a powerplay goal midway through the opening period. The Bucks scored again, early in the second, before Arizona forward Adam Smyth got his team on the board less than a minute later. The Bucks would collect another goal two minutes after that, but Sundogs' forward Cam Keith would get the deficit back to one with a powerplay goal less than two minutes later. Laredo would score once more midway through the period and take a two goal lead into the third. Arizona forward Joel Irving would get his first goal of the season midway through the third, but the Sundogs would be unable to continue the streak of comebacks as they allowed the Bucks to score twice more for the 6-3 victory. The Sundogs totaled 47 shots in the game and goalie Bobby Jarosz turned away 22 of the 27 shots he faced.

The Sundogs opened their second straight three-game homestand with a Wednesday night game against the Rio Grande Valley Killer Bees. The Sundogs' powerplay continued to contribute as forward Cam Keith scored on the man-advantage midway through the first period. Arizona looked to be going into the break with a lead, when a breakdown on defense led to a Rio Grande Valley goal with less than a second remaining. The last second goal seemed to rally the Killer Bees and they scored three unanswered goals in the second period. Sundogs goalie Doug Groenestege replaced starting goalie Levente Szuper at the opening of the third period. Arizona forward Luke Erickson scored his first of the night just 17 seconds into the period, but the Killer Bees answered back with a shorthanded goal just three minutes later. Luke Erickson tallied his second of the night with a powerplay goal at 6:47, but Rio Grande Valley came away with the 5-3 win. The highlight of the night for Sundogs fans was when goalie Doug Groenestege came flying down the ice midway through the third period to defend his teammate from the Killer Bees' goalie Juliano Pagliero. Doug ripped Pagliero's mask off, but Pagliero turtled and hid behind the linesmen as he refused to fight Groenestege. Doug was given 17 minutes in penalties and escorted from the ice, while Pagliero was allowed to remain in the game and received no penalties for attacking the Arizona player. The Sundogs totaled 39 shots in the game, goalie Levente Szuper turned away 27 of the 31 shots he faced during his two stints on the ice and Doug Groenestege made six saves on seven shots. 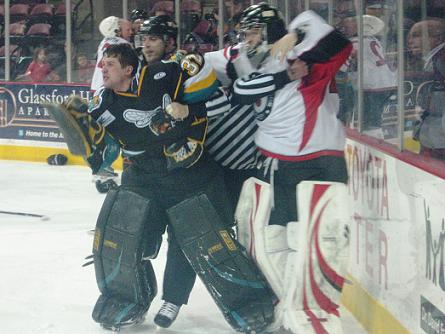 Arizona goalie Doug Groenestege made his return from I.R. a memorable one

The Sundogs have made several roster moves in the last week. The team has acquired both forward Patrick Schafer and defenseman Jamie VanderVeeken, waived forward Marc-Andre Labelle, placed defenseman Jim Driscoll and goalie Bobby Jarosz on I.R. and activated goalie Doug Groenestege off of I.R..

Arizona forward Joey Sides received double honors this week as he was named to the CHL All-Star team as well as winning the CHL's Oakley Three Stars Award for the month of December 2010.  Sides has 27 points this season (12g/15a), a +2 +/- rating and six shorthanded points (3g/3a).

After the New Year's Eve game, the Sundogs held their first Skate with the Team of the 2010-2011 season. Fans got to skate with all team members, ask questions, and get autographs on the ice. 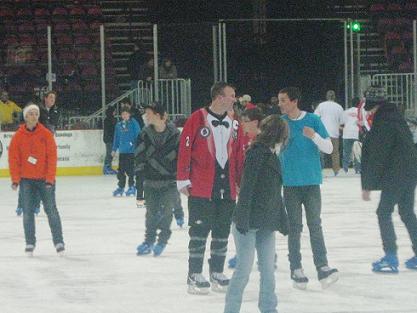 Arizona finishes up its homestand against the Killer bees with games Friday and Saturday. During Saturday's game, the Hanson Brothers from the movie Slapshot will be on hand to sign autographs and entertain fans throughout the game.