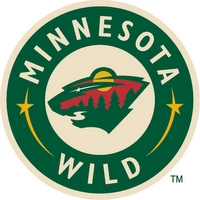 Coyotes Tracks - January 2, 2011 - Heading Back Into The Wilderness

posted by Carl Putnam about 9 hours ago

We'll start doing real previews and such again starting Tuesday. Sorry about that, holidays and blah blah blah. The Coyotes start a new month with a clean record and need to leave a middling December behind. 6-6-2 could have been worse I suppose, but It's not good enough to get into a playoff position halfway through the season. While the Wild HAD owned the Coyotes they've split the season series this year 1-1. Everyone is back in the lineup so it could be interesting to see who the scratches are for the Coyotes tonight. Rumors abound about possible trades, but nothing is close to done at the moment.

Tonight's Musical selection: I AM GIANT - Neon Sunrise - I think they're from New Zealand =P