( I know I promised a review of our later round picks today, but this takes a bit more precedence. We'll get those up by tomorrow.  - Joel )

Today started with optimism, as the news of a live chat on the Coyotes website with GM Don Maloney and Doug Moss would lead me to believe we could finally ask some hard hitting questions regarding the future of the Coyotes roster.  I was drooling at the chance finally pick the brain of GMDM, with nowhere for him to run.  I fearlessly  leapt into the chat room, eager to get as much dirt as I could. 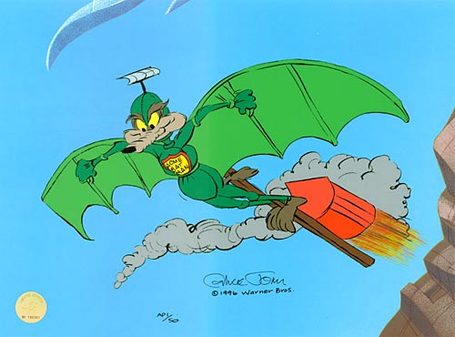 You can take a guess as to how I feel it ended. Only one of my multitude of questions was taken, and it was one of my weaker questions.  A lot of the "questions" that were posted weren't even questions, more like statements on certain individuals' love of jersey colors and Fan Fests.  Some of the hard hitting questions that were  taken were along the lines of " How do I ride the Zamboni between periods" ?

Regardless, I think that Don Maloney at least perused through some of my questions, and somewhat addressed them as the conversation drudged into questions regarding parking passes and the obviousness of the Coyotes goaltending situation.  Doug Moss handled most of the "lollipop questions", so the majority  all of my quotes will be directly from GM Don Maloney regarding the Coyotes roster for the upcoming season.

WHAT WE DID LEARN :

- Wojtek Wolski is officially back.  Maloney thinks that he might even have a position change:

Given the lack of depth at the center position and the fact Wolski played center in Junior hockey, this is something we are considering in the event we can't get Lombardi signed.

- Martin Hanzal and Sami Lepisto were given qualifying RFA offers yesterday.  Other teams can still make offers, and the Coyotes can match.  If they can't or won't match, compensation in the form of draft picks will be given to the Coyotes.  Don Maloney is confident  Sami Lepisto will be back.

We are close to finalizing a deal with Sami ... He was a good player for us last season and we are excited about him returning.

On trading Dan Winnik to the Colorado Avalanche:

Dan Winnik was looking for a significant increase over his contract from the 2009-10 season ... we feel we can replace his position from either within (Tikhonov, Picard) or a low cost UFA player (similar to our Pyatt deal last season) .. the 4th rd pick we receive in 2012 is a good return for Winnik, in my opinion.

Wait, did he say Tikhonov?! I thought...

Tikhonov had a strong season in Russia and I would have liked to see him play for us at the end of our regular season. I spoke with him yesterday - he told me his is 188lbs and working hard to win a roster spot next season .. I think he can help us win next season.

Okay, but what about all the UFAs?

We continue to negotiate with all our pending UFA's - Michalek, Lombardi, Stempniak and Morris ... In an ideal world, all would return. However, we have not concluded contracts on any at this time

So, if we can't sign any of these guys, then we're in the hunt for Kovalchuk?

We continue to look at ways we can maximize our available dollars ... we would like to sign our own players. If not, we will look for replacement players that fit into our salary structure .. I do not anticipate participating in the top free agent sweepstakes!!

Got it. Kovalchuk is a big fat 'NO". Who replaces the open roster spots?

Kyle Turris has a strong 2nd half of the season in the AHL (over a point per game, good on faceoffs, etc) and I believe he will play for us ... Brett Maclean was a 30 goal scorer and has a chance .. Mike Boedker has the speed we crave ... David Schlemko is ready to be a depth player on our roster next season ... Alex Picard brings some energy and competiveness and will get a long look!

(After the jump, I prove that I am a hockey super-genius, and more GMDM thoughts on other Coyotes players and prospects...  )

What's the deal with Kurt Sauer?

There is no change in Kurt Sauer's status at this time .. we are not very optimistic he will return next season due to his ongoing medical issue.

Adios, Sauer. How about newly signed  Sergei Goncharov? Will he get a fair look?

Goncharov is a very interesting prospect. He has played three years in the KHL and is big, strong and mobile. His play in training camp will determine whether he starts his career in Phoenix or requires time to get used to the smaller ice surface, North American lifesyle, etc.

How about Oliver Ekman-Larsson, the big Swede?

If Oliver does not make our roster, we have agreed to send him back to Sweden for an additional year of development. He will play in the Elite league. He is a terrific prospect who has an excellent chance of playing for us next season, despite his young age.

I mentioned yesterday that First Round pick Brandon Gromley was a steal, and would be ready to play tomorrow if he had some meat on him.  Maloney's thoughts?

Gromley is a top end prospect who became the victim of teams drafting for needs (forwards) verse asset value. We were very fortunate he fell our way!

( ANNNNNNNNDDDD....?)
Don Maloney:
There are a number of people in the hockey word who feel Gromley can play next season, given his intelligence and puck moving ability. However, he will need at least another year in the CHL to get stronger.

TA-DA! I AM A HOCKEY  SUPER-GENIUS.
GMDM on if he feels that other NHL GM's spite him due to the ownership situation in Phoenix :

Not at all ... I think most GM's empthasize with our situation here in Phoenix and I have not felt any backlash whatsoever.

I want to thank you for your questions, interest and support for the Coyotes. I know you are all concerned about our pending UFA players. Rest assured, I am doing everything in my power to keep our players and, if not, we will not take a backward step. We will fill our holes, bring in some new players and continue to improve. Thanks again.
Don Maloney

I think the performance of the team last season shows that hockey is alive and well in the desert. Remember that is wasn't too long ago that the United Center in Chicago was half empty, and not many people were going to see the Washington Capitals play, either. Winning hockey changed things in those markets, and will continue to do so here in Arizona. 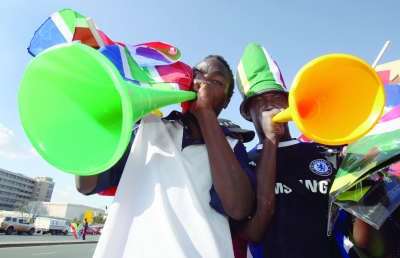 Add your thoughts in the comments, or peruse the whole chat via the Coyotes website.