• The good - Wojtek Wolski is officially a Coyote, for at least two more years.  The Wolski signing is a dramatic one, as he is undoubtedly the fanciest stickhandler on the Phoenix squad.  More time of puck possesion equals more scoring opportunities, so this signing was all but necessary.  Coming off the heels of signing Taylor Pyatt, it's safe to say that GM Don Maloney already has his game plan locked and loaded, and is implementing it as the free agency period begins in less than a week.  As always, there is little reason doubt he'll fail The Coyotes faithful now.

• The bad - Ilya Bryzgalov got shut out at the NHL Awards ceremony in Las Vegas, watching Ryan Miller steal the Vezina Trophy in what most could at best call a questionable decision.  Fans got to vote online, making the process of fairness a non-factor.  While Miller did have an exceptional season, and was the main reason Buffalo limped into the Playoffs, the first question being asked by people wearing tinfoil hats is ' Did his play in the Olympics have anything to do with this" ?  The answer would be 'yes', but no one's going to admit it publicly.  Bryzgalov's career year saw him take the franchise record for most wins in a season, and his stellar play almost had Phoenix looking to make a run at the Western Conference title.  Guess Bryz'll just have to do it again next year.

• The ugly - Shane Doan's acceptance speech after winning the King Clancy Memorial Trophy sure seemed a little strange.  Seeing as the trophy is given out for leadership on and off the ice, Doan should've been a shoe-in.  But instead of waiting for interviews afterwards, he used his speech to advertise Phoenix as a heavenly place for free agents to sign.  Will it work?  No one knows for sure. Was that the right place to pander for high profile free agents?  I'm not going to say no to Shane Doan.  You tell him.  There's a nice article HERE.  And you can watch the speech HERE. Just make sure you have your awkward glasses on.

• The WTF - Puck Daddy noted that Michael Rosenbaum of Smallville said that Zarley Zalapski was the best name in hockey, ever.  More like The Greatest Name Ever. Period.  Now I hope you'll all be at my child Zarley's baptism next Sunday, and don't forget to bring gifts.  Buffet afterwards. 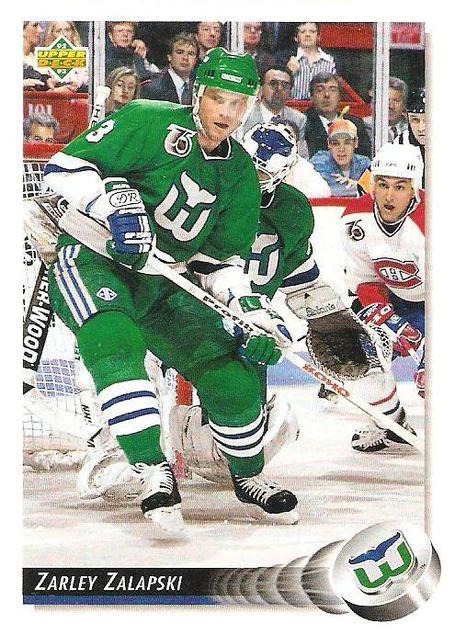 After the jump, more musings from around the league:

• Atlanta shows that they actually want to win games by hiring Craig Ramsey as coach, Dustin Byfuglien hired as resident pain in the a**.  What's next? Tim Thomas, Evgeni Nabokov, or Marty Turco?  Well played, Atlanta.  You sure are an enigmatic bunch.

• Since the Coyotes have two first round picks, one of the many mock drafts can be seen here.  Not sure why we're not drafting flashy forwards early on, seeing as that's what most of us think we need as a priority.  First round goalie? Tsk tsk. Have we learned nothing from Antii Niemi ?

• Groan-worthy:  Ice Edge Holdings STILL thinking about 5 home games in Saskatoon. Great. Thanks for promising to keep the team here, guys.  Take away 5 of my home games,  AND raise my season ticket prices? Forgive me if I'm not totally on board with you, but I think you need to earn my trust instead of sending me poorly photoshopped pictures of Howler and superimposed snakes.  Terrible, terrible idea.

• Coach Tippett receives the Jack Adams award, named Coach of the Year. Side note: After seeing the size of Tippett's trophy, Shane Doan went out and bought a Corvette. Tippett's best line? " It's customary to thank your owners at this time but I don't think I know all 29 of them".  I think I love this man. 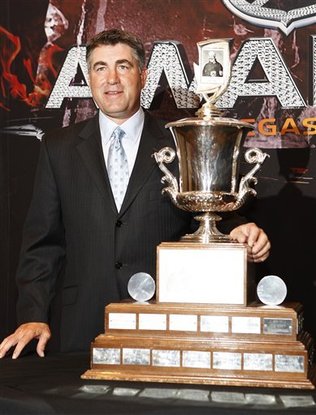 Hope that'll hold you over until tomorrow, and remember - TODAY IS THE NHL DRAFT VIEWING PARTY!  $1.75 Beer specials! WOOO!  The draft starts at 4, and HERE'S ALL THE DETAILS.  If you can't make it, turn your DVR's to VS. Network.