For those of you that don't know, Greg Wyshynski's Puck Daddy blog over at Yahoo is having a contest. Not just a contest, but a Photoshop contest. Now, I may be fairly amateur at using it, but I style myself somewhat good at it. It's a great program that gives me hours of fun. Now I submitted an early entry into the contest with this fantasy art picture orginally created by Frank Frazetta called "Moon Men" That I inserted The yelling Sid into. It was good enough to get me into round one of the entries that the guys over there put up... 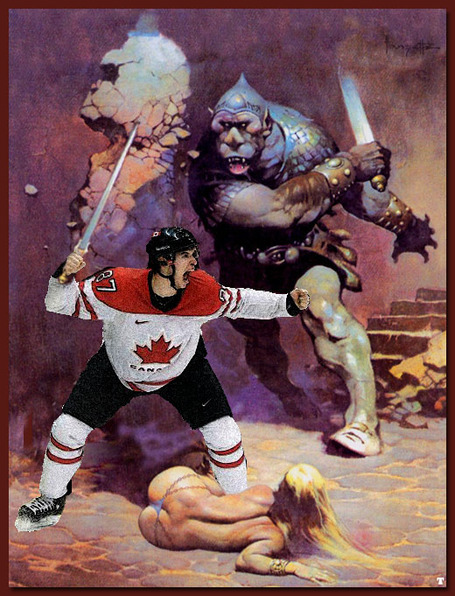 While I liked my work on that one, once I saw that that entry was in I knew I was going to have to do better. Then yesterday afternoon the creative side of me kicked into high gear and there was mass hysteria combined with awesome results. Here's a look at some bigger, better and badder submissions I made to the contest yesterday. (I REALLY want to win...)

The first thing I did while looking for ideas was to just go some google searches. Best to Sid into matching or relevant pics right? Well I started looking I put 'yell' into my google search and didn't find much. I put screaming in too, but forgot the safe search. That did not end well. But it did give me an idea. What about THE Scream. The famous Painting one? I threw this together and it still makes me laugh when I look at it. 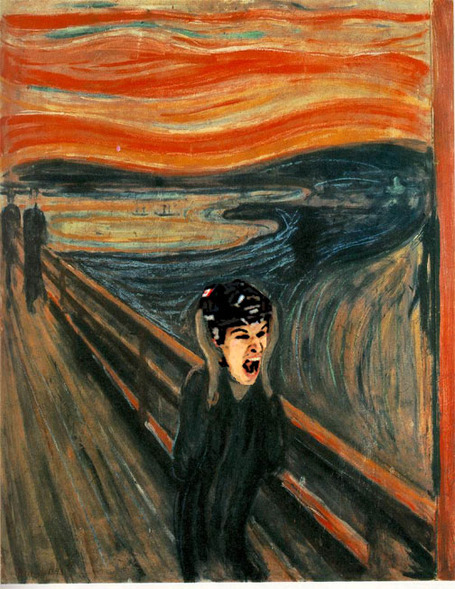 I was really happy with the effort on that one. I used some filters on the face and made it a little abstracted. It was looking awesome. But I wasn't anywhere close to done. I had more ideas. And now people were sending me ones that I should do. @hweathervain on twitter asked for a Nancy Kerrigan one, but I wasn't all that happy with it. I thought some more, then my wife suggested "Why don't you make him some singer or something on stage?" Ohhhh buddy... 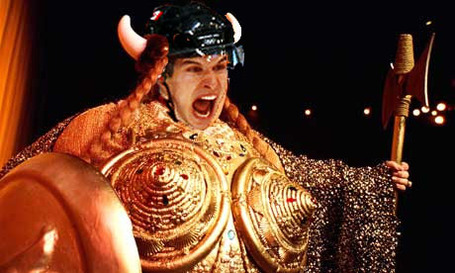 Hahahaha. I was laughing myself silly at this point, but I still had more to do. I don't even know how I came up with the next one, but I thought it would be something Sid would be really excited to find. 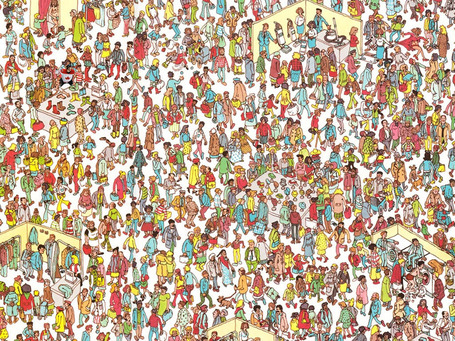 Link to the full size Image

If you look really hard you'll find Sid next to some guy with a striped shirt. I had one more that I need to do. @JaredofLondon, frequent commenter over at Pension Plan Puppets had several good ideas I could have put Sid into, but working together we found the perfect movie image for him to be a part of. 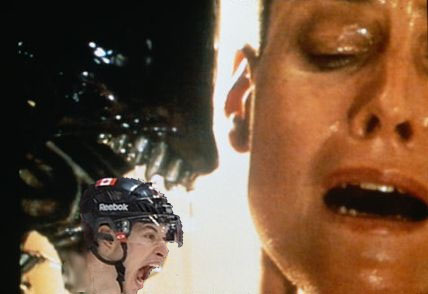 I was pretty happy with how this one ended up too. Creepy aliens. Anyhow that's what i've submitted so far. If I come up with more ideas before the deadline on Wednesday I'll share them and submit those too. If you have suggestions I'm more than happy to make them happen too. Hope you enjoyed them!