When the Yotes Go Marching In.

Share All sharing options for: When the Yotes Go Marching In.

Happy Monday, folks.  Seeing as we've all had a long weekend,  it feels great having The 'Yotes back home, and a struggling Edmonton Oilers  team in town.  Coach Tippett isn't planning on taking them lightly though, almost implying that an animal that's wounded makes it only more dangerous. 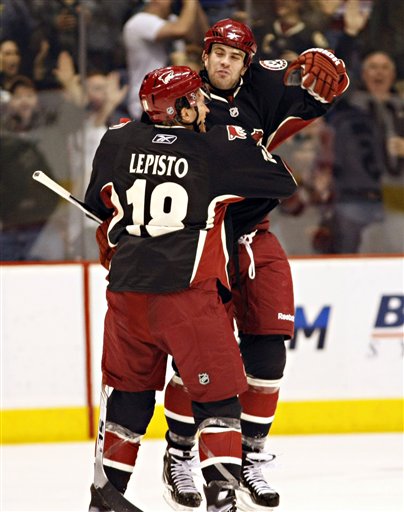 That being said, the hockey/ Super Bowl comaparisons / analogies/ bullsh  metaphors have been in abundance these past few days.   Someone over at  Puck Daddy called yesterday's Caps/Pens matchup  " The Super Bowl of the regular season".   After wiping the spittle from gagging,  it struck me that the Coyotes actually have a lot in common with the New Orleans Saints, in terms of trials and tribulations.  hear me out

------ A team uncertain of it's future, not sure if it would play in it's home stadium the following season.

---- Players committed to a resurgence, leaning on each other when times get tough in order to stay the course.

------ A no-nonsense coach committed to winning, methodical in every way of evaluating the opposition, and his own team.

-----  Traumatized fans, rallying around their team.   I realize that the woes of the 'Yotes fans pales in comparison to the atrocities of Hurricane Katrina.  But on the sports side of things ( THE SPORTS SIDE! NOTHING ELSE OKAY?!), 'Yotes fans and Saints fans both know the feeling of asking ' What will we do if we lose our team' ?   And as you'll see in the next bullet point, the answer is simple: We rally around them, and we win.

As of today, the Coyotes have 75 points,  4 LESS THAN ALL OF LAST YEAR..  If you didn't think people were taking notice.... You better think again:  Coyotes ratings up 50 percent over last year's average

Welcome back, fans. Let's keep it up.

Here's a nod to all of our hockey loving  military service men and women near and abroad... If you have to get deployed, this looks like the best  place in Afghanistan:

Hockey in Afghanistan, where it's 'game on' after warning sirens - Puck Daddy - NHL Blog - Yahoo! Sports

And for all you ladies out there: If you buy me a pair of "Smittens" for Valentine's Day, your stuff will be on the curb: 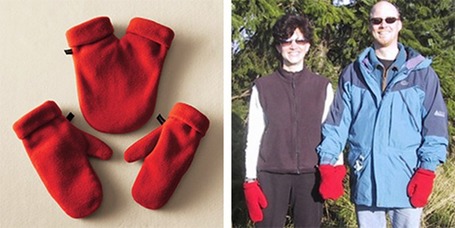 Short day today, if anything pops up between now and gametime, I'll re-up this afternoon!  Moridon should be back tomorrow,  If you're going to the game, let us know in the comments! If you're not, come party with us in tonight's game thread!