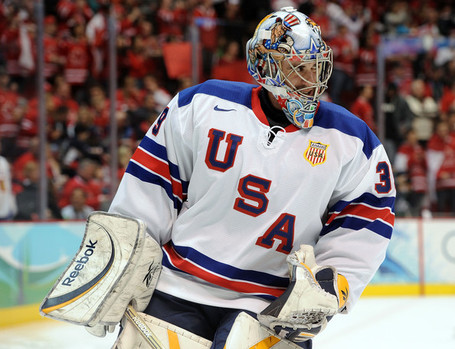 Today is the day.  Put up or shut up time.  Actually, for hockey fans across the US, and that place we call  "America's sombrero"  today is like Christmas, V 2.0. The so-called 'underdog' Americans have rode an unbeaten tournament to the Gold medal game, while the alleged juggernaut that is Canada has stumbled enough to make Canadians wet their flannel underpants more than once.  And while this may not require a "miracle on ice', they don't come any bigger than this.  I've been up since early this morning waiting anxiously for this historic game to get underway, but regardless of who wins, this looks to be an emotional clash of two powerhouses.   How emotional?  Emotional enough that Canadian officials are trying to shut down all liquor stores in the country by 2 pm.  No word on who will be shoulder-tapping for the Canadian women's hockey team.

With all the hype surrounding the USA/Canada rivalry, it's nice to know that the Olympics are finally winding down.  Talking about Kirk Maltby of the Detroit Red Wings being out for the season really seems kind of callous, albeit boring.  Don't fret kids, our beloved hockey will be back in full swing before you know it.  But before it does come, I thought I'd share some of the highs and lows of the Olympics, along with some of the pleasant surprises.  And get this, all in little bullet points! Woohoo! 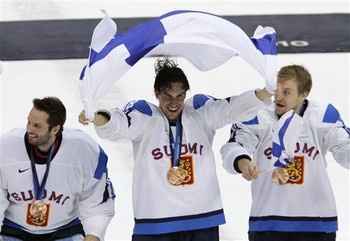 ( Sami's in the middle, I swear)
via www.dlcache.indiatimes.com

I can't wait to see more of these two.  it never gets old.

We're sure to be hanging around our computers and TV sets today, so come back come game time and join in all the merriment! We'll be partying it up while watching what aims to be  an epic classic for the ages.  Stay dry and healthy! We have Coyotes games to attend soon! Wooooooooooooooo!!!!