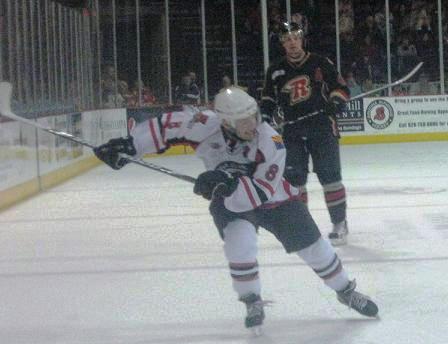 Arizona's trend of earning more points on the road than on home ice continued as the Sundogs faced the Rapid City Rush for three more games; two in Arizona and one in South Dakota.

Friday night's game was a penalty filled affair with the teams accruing a total of 126 minutes on 37 infractions. Rapid City would collect the only goal in the first period, and then two more in the second before Arizona forward Kyle Hood would get his team on the board with a goal midway through the period. The Rush would collect yet another goal before the second period came to an end. Sundogs' forward Joey Sides would score early in the third, but Rapid City would tally four more to come away with the 8-2 win. Arizona had a total of 27 shots on the night. Goalie Doug Groenestege would start the game for the Sundogs and make 17 saves on 20 shots, but he would leave the game in the second period after being slammed into the goal post by a Rush player. Levente Szuper replaced Groenestege in net and made 13 saves on 18 shots.

The teams met again on Saturday night and once more Rapid City would get the opening goal in the first, but Sundogs' defenseman and captain Tyler Butler would tie the game with less than a minute remaining in the period. Rapid City would get three unanswered goals in the second before Arizona forward Joey Sides would score on the powerplay. Both teams were unable to score in the third period, and the Rush would get the 4-2 win. Arizona totaled 44 shots and goalie Levente Szuper made 25 saves on the 29 shots he faced.

Both teams would pick up and head to South Dakota for the final game in four straight meetings on Tuesday night. For the only time in the four game stretch, Arizona would score first as forward Kyle Hood would score shorthanded at 6:41 of the opening frame. Rapid City would score twice in the second period to take the lead heading into the third. Sundogs' forward Joey Sides would collect his fifth point in the last four games with a goal at 14:01 of the third and send the game into overtime. The Rush would get the game-winner on the powerplay less than a minute into overtime. Sundogs' assistant coach Chris Bartolone would receive an Abuse of Officials penalty at the end of OT. Arizona totaled 22 shots for the game and goalie Levente Szuper made 26 saves on 29 shots faced.

On December 21st, forward Cam Keith was activated off of I.R. and forward Donald Maloney, Jr. was waived by the team. Goalie Doug Groenestege has been placed on I.R. and goalie Bobby Jarosz has been activated to take his spot in the line-up. 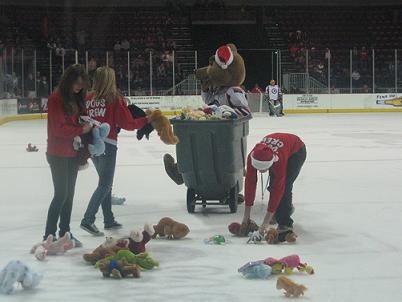 Arizona travels to Colorado to face the Eagles tonight for their final game before the Christmas break.