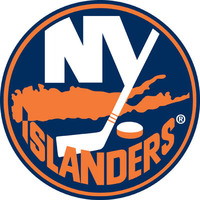 posted by Carl Putnam about 11 hours ago

Ilya Bryzgalov was sent back to Phoenix and the Isles are starting a goalie they just called up from the AHL in Nathan Lawson. Lawson vs. LaBarbera should be a barn burner. Hopefully the guys can get 2 points off the worst team in the league since this roadtrip has been disappointing so far to say the least. Once again though at least the Isles broke their losing streak on Thursday against the Ducks.