Five (for Howling) Questions with Brad Lee About the St. Louis Blues

Share All sharing options for: Five (for Howling) Questions with Brad Lee About the St. Louis Blues

In our continuing series, I fired off a few questions to Brad Lee of St. Louis Game Time. He answered questions about everything from Tkachuk to Golf Carts. Be sure to check out St. Louis Game Time for all your Blues related news and notes as well as relentless Detroit bashing. Thanks to Brad for taking the time!

1) Last summer your team had some odd, and unfortunate accidents leading up to camp and the season. Have your guys stayed away from the injuries and golf carts altogether this offseason? Does it look like everyone will be ready to go come opening night?

Golf carts are so 2008. I think most players graduated to drift racing this offseason. At least they have seat belts.

On the injury front, Erik Johnson has resumed skating. Paul Kariya has been touted as healthy again. That leaves only captain Eric Brewer as the lone injury question mark. His back issues led him to screw up his knee. He had surgery in late August to fix a cartilage issue. It could be several months before he appears in a game. If ever. 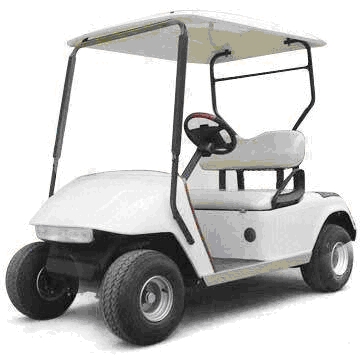 2) The Blues were on fire at the end of the season and made a big finish to get into the playoffs. Do you think that they're ready to be contenders from the beginning this time around in a still tough Central division?

Other than Brewer, the Blues have had the quietest, calmest, least-turmoil-filled summer of the three top Central teams. There won't be a lot of getting to know teammates or missing big guns because of injury. The thing to remember is that while they had the incredible burst to the finish, they were swept in the first round of the playoffs and guys like T.J. Oshie and Patrik Berglund were stiffled by the Canucks in the short series. They've had a full summer to stew over that disappointment and it should be interesting to see how they enter their second season with that motivation. 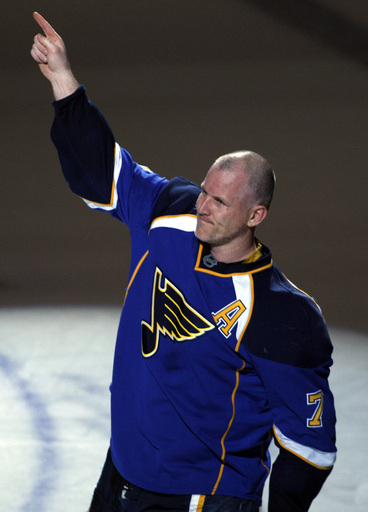 3)  In our front office's ever infinite wisdom, we gave up on Keith Tkachuk nearly 10 years ago now thinking he would be forever injury plagued. He's been the man for you guys for most of the past 10 seasons. Entering his now 20th NHL season, Is this going to be his final year or is he going to try and be Chris Chelios?

Tkachuk has said that St. Louis is his family's home now and he doesn't have much interest to pick them up and move. His kids are active in youth hockey. He played well for fairly long stretches but his age got to him other times. Tkachuk the last few years has played his best on the wing and after rest. Center requires too much skating for him at this point. The front office gave his leadership in the dressing room a lot of credit during the playoff push playing the role of captain with Brewer on the shelf. In other words, Tkachuk will play as long as St. Louis wants him.

4) A big part of the Blues streak into the postseason was goalie Chris Mason. How much of an impact will his beard make this year?

I believe he's trimmed it, but I think it's still there. Mason's curious facial hair mojo has been transferred this summer to Cardinals closer Ryan Franklin who has the weirdest chin hair in the league. Oh yeah, he was an All-Star and the Cardinals are cruising to the playoffs. 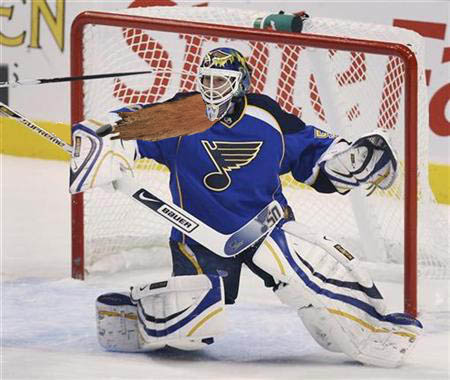 5) Who are your picks to have breakout seasons this year? Will T.J. Oshie stop slacking off?

Oshie will get you for that remark. David Perron enters his third year in the league. He's only 21. During a recent charity game up in French-speaking Canada, he was the MVP. It will be interesting to see if Perron's defensive play, intensity and maturity catch up to his physical gifts. He could be the team's next 30 goal scorer.

Oh, and the league will know David Backes on a nightly basis.