Share All sharing options for: Coyotes Coloring Pages - D is for... Doan!

Is there a better guy in the league than Shane Doan? You might be able to argue that there is, but we'd end up having to disagree. Shane has been the player face of the organization for as long as I can remember. Sure, Tkachuk and Numinen both wore the C at some point, but Shane is the only one I can ever call Captain Coyote. At fan events he ends up needing his own separate line just so that he doesn't hold up the line talking to fans. If you run into him around town, he's always more than happy to talk for a second or sign something real quick. While there has been a lack of bright spots for us at times, Shane always makes things a little better.

The fact that he's one of the biggest supporters of keeping the team here helps. Just like the story I linked to earlier in the week, Doan sincerely thinks that Phoenix can and will be a hockey town. He knows what the city is like since him and his family live here the majority of the year. Here's to you Captain. 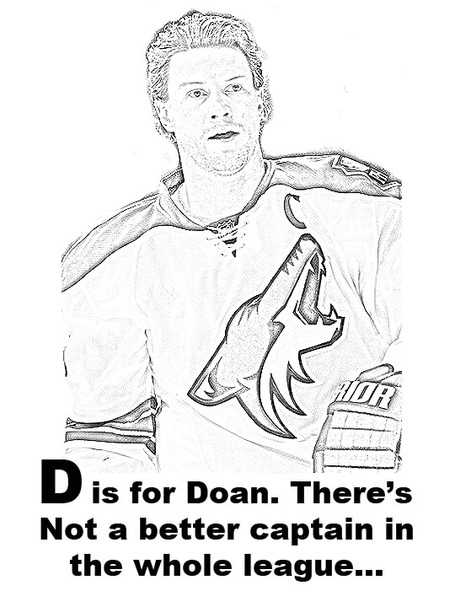