Coyotes Ouiji Board: What I Think the Judge Will Rule

Share All sharing options for: Coyotes Ouiji Board: What I Think the Judge Will Rule 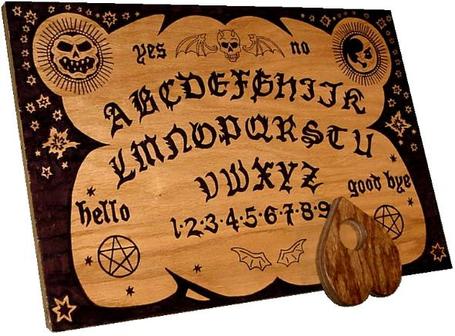 Hopefully sometime this morning we'll all find out what the heck is going to happen in the Coyotes Bankruptcy case. Right now what we know is that the Judge doesn't think it's going to be necessary for the sides to get together to figure out the numbers on a relocation and indemnity fee. He's going to be putting all all of that into his ruling on Tuesday's hearing. That could tell us a couple of things. Either it's not important because he's not going to allow them to be assessed (Very unlikely from everything he said in court on Tuesday) OR it's not important because Balsillie's side didn't adequately prove their case. I think it's the latter as I said in my earlier piece. It just didn't seem as though his attorneys were able to get all of their ducks in a row as far as the 363 and 365codes went. What does that mean? Well 363 is a lot of legalese and You can have a go at it via the link if you like because that was about as dense as they come. What's more important I think is the stuff under part 365. In that section of Bankruptcy law that deals with what happens when a debtor wants to get rid of a lease they are under.

The Judge had wanted the Moyes/Balsillie side to show that either they were able to break the lease on Jobing.com Arena OR that they could find a monetary or other type settlement that would satisfy the City's lease. However in court the Balsillie/Moyes team basically said that sure the City would get hurt, but didn't really address the issue. They likened it to a lease on a spot in a shopping center which is covered somewhat differently in 365. Under that the team would owe Glendale some small part of the 30 years worth of rent and that would be it. However the Judge seemed to thing that this was only slightly different than a shopping center lease. I'm not sure of all the legal bits, but it seemed as though the part of the case the judge had insisted they focus on at the beginning of the case fell largely to the wayside.

So what do I think the Judge will come out and do? Well Since he's been reluctant to want to decide the entirety of the case, I think he opens up bidding to all the interested parties but does it on a timeline faster than that proposed by the NHL. I think that's what he was leaning towards when he said everyone would be unhappy. In order for the creditors to get the maximum value out of this the team has to be sold sooner rather than later. But with the not insignificant fees that would be charged to any move of the team to Southern Ontario, a local bid would be less likely to wipeout claims since the City of Glendale then has no damages to claim. He'll set a deadline to get bids in so that the Reinsdorf group and any others that actually want in on this (Not sure about Mystery Group and those Argos guys...) can get the offers on paper. Then he'll move up the bidding process so that all this stuff can just get done and over with. I just don't think that the Moyes/Balsillie team got the judge to buy into their statements that he can move the team or that he could force it without league approval.