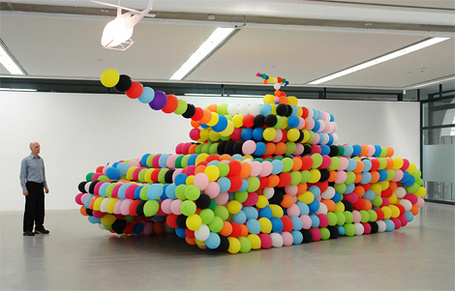 What our tank has looked like lately. We don't tank when I want us to tank, we tank when I don't. I don't get it anymore. And now since i've figured that dynamic out using the reverse won't work either. I'm just going to mock the tank from now on or something. POP!

Tonight the Edmonton Oilers, who our coach has some sort of link to I guess, visit scenic Glendale to match up against our 14th place Coyotes. Hopefully we can pull off a game where we at least look good. Unfortunately for us Edmonton still has Dwayne "The Rock?" Roloson though and we're starting Al Montoya (You kill my father! Prepare to die!) Bryz. I just though we were starting Montoya with all this "First Cuban-American Goalie stuff...

Roloson: We just don't do well at all against him. He's 3-0-0 against us this year. with a 2.00 GAA. Which bodes well for him since we only ever seem to score 2 goals a game against anyone lately. We'll have to figure that bit out if we want a win today.

Ales Hemsky: Sure he's leading the Oilers in terms of points and assists and he's supposed to be a leader on the team. But that won't keep him from having a little tantrum about "How he's being used". Seriously? You're trying to stay alive in the playoff race and this is the crap you're going to worry about? Wow.

Bryz Report: He's looking like he'll get the start in goal tonight according to the Coyotes website. He gave up his share of goals the other night against the Ducks, but that was as much the fault of our anemic penalty kill units that chased the puck all over and made the Ducks look good. Before that game he had been doing outstanding. Let's see what he can come up with tonight.

Hanzal: He'll be back tonight after he sat out Sunday's game with a minor injury. That's a good thing as whatever line he's on seems to be pretty good at shuting down the other. He's quietly done a great job of being our gritty shutdown centerman.

Al "Inigo" Montoya: He may not be getting the start, but I mention him simply becausse of the the possible Princess Bride related signs/apparel we can make if he actually gets the backup spot next year. I'm looking forward to yelling Prepare to Die! at the opposing teams when he's in. Aren't you?

*NOTE*
Because I forgot it after the Ducks game, here's your tank video that I thought up for the last few games I present the top tanks! Literally...