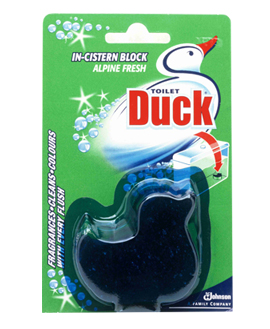 Ahhh... Ducks are good for something...

Regular readers or those that have a scroll button on their mouse may know that we here at FfH have commited to the tank. Well, after some thought we've revised our tanking policy. From here to the end of the season we still want to end up near the bottom, but not at the expense of losing to teams such as the Ducks and Sharks. So we'll allow wins to our guys over those two division foes so long as they proudly tank to others. That way we get get our hate on at appropriate times without feeling all conflicted about it.

McG: Brian McGratton is back from his stint in the AHL and the NHL Substance ABuse Program. In his first game back against the Sharks, he pummeled Jody Shelly and actually looked pretty good out there. At practice today he was one of the last guys off the ice before they let today's scratched players get worn out. I like that he's committed to both being the guy that's creating space for the young guys and not being a liability out there. He got fairly regular minutes last game so we'll see him again. He will likely be out there whenever Parros is, but you could really match him up with any of the Ducks bruisers. Him going with Pronger would be nice.

Join the Dark Side: Let the hate flow through you... we hate the Ducks, you hate the Ducks, who doesn't hate the ducks? You've got nothing else to motivate other than ruining any of the Anaheim hopes for a playoff bid. I like it.

Top Line: FInally a number one line! Doan-Turris-Mueller was great. Especially whatever telepathic link was going on with Doan and Turris who both had a hand in all of the 4 Coyote goals. WHatever they we doing worked so hopefully we keep it up.

Tenderize the Duck: In adition to that top line, the line of Fedoruk-Prust-McGratton is just physically intimidating. That line being able to shove around the other is what creates space for other lines.  It was scary the other night and it'll be fun if they can get the ducks running.

BRYZZIE!: He's been lights out over the last couple of games. The key to the win was that we realized we can actually score once in a while. THat was the first time in as long as I can remember we had more than 2 in one game. GIve him support and he'll keep you in it.