Coyotes Commit to the Tank - Fall to Devils 5-2

Share All sharing options for: Coyotes Commit to the Tank - Fall to Devils 5-2 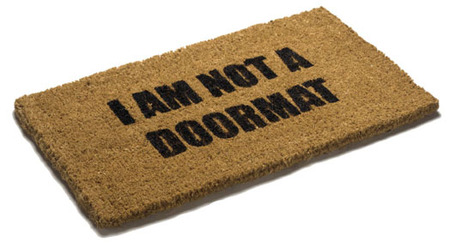 Really? You could have fooled me tonight...

That was a pretty terrible game. Let's break down exactly what the Coyotes didn't do well. I could just say everything, but that's not really fair. They scored twice so I guess that's something. But overall a pretty poor showing. Upshall came to play again. He's been super since he came from Philly. Prust got into a couple of scraps so those that thought we didn't have a fighter anymore can dig that. After that though, not a lot of good to report on. The Defense was attrocious. They were turning over the puck, leaving guys wide open, it was ugly. While I know Jovo has some defenders is it a coincidence that he's on the ice for the first two Devils' goals? Not really. He's way up there in terms of the minus side of the +/-. THe checking game was around for about 5 minutes and vanished after that. It looked like they were starting to pack it in with maybe 6 or 7 guys actually playing and the rest just skating around. It's really got me thinking that someone will be sitting Wayne down over the summer to have a talk. I don't know who's in power to do that, but someone has to because this team looks horrible right now. Not that they have anything to play for anymore except for a better draft pick. They're doing a great job of it too, letting teams like the Islanders win and such. We're pretty much mathematically eliminated from contention though. If only the Avs could win a few games we'd be set. Tavares here we come!

Tank for Tavares / Hurl for Hedman / Cower for Cowen Standings: