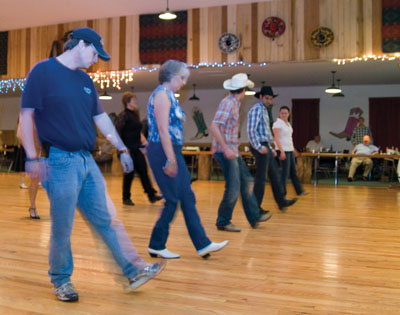 Country line dancing? Or the Predators learn crossovers and how to protect the defensive zone...

Well everyone, we're coming down too it. Every loss puts us closer and closer to the offseason and watching other teams play for the cup. What happened? We were doing so well. I just don't know. But we must continue on and try and win the next one. Tonight we face the Nashville Predators who are is a similar spot to us. They're hanging on for dear life to their playoff hopes. I feel for them in that regard, but I'm not giving them anything. I'll play spoiler over doormat any day.

Shake it Off Bryz: That goal you gave up in the Blues game was Uuuuugly! You need to shake that one off and go into this game with a somewhat clear head... YOu lnow, for a goalie anyways.

Hey Special Teams, STOP SUCKING!: When your power play unit is worse at scoring and giving up goals and shot than you Penalty Kill unit, you're going to have problems. If I had to point to one thing that's lost us games over the course of the season it's the lack of a decent PP unit. It's just been bad.

Doan Needs to Be Doan: Yeah, he got his 250th goal last game, but Captain Coyote has just looked off his game lately. I don't know what's going on, but I hope he figures it out. He's not just a good leader off the ice, he's a crucial one on it.

Drink Some Starbucks at Intermissions: I can see the energy falling through out the game in the last while. WIth the exception of the Kings game a couple back, it's like you guys have no energy after the first period. Have a coffee, a red bull, find some Jolt cola, whatever it takes to not fall asleep out there.

If the Playoffs Aren't Motivating Enough, Find Something That Is: Apparently making a run for the playoffs can't get you guys playing with enough effort to make a difference. YOu guys better find something that does though because you look like an AHL team out there at times. Have some pride! You're NHL players. Please try and look like it.

Yeah, those were a little on the negative side, but i'm watching what little hope is still on life support slip away.