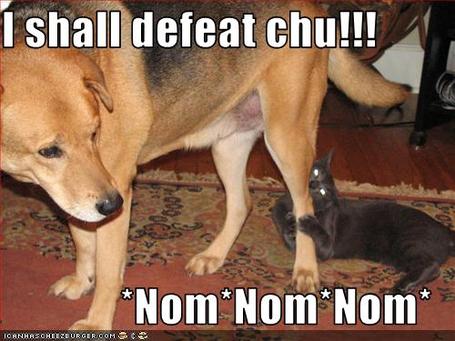 Editor's note: We'll be trying some new things here at Ffh with the gamethreads. We've had some changes to the techno end of things so previews will be separate from the gamethreads. If there's something you want to see in the previews shoot me an email at odinmercer at gmail.com and we'll give it a shot. If you like my ever changing styles then that's okay too :)

Well Coyotes fans, just like the last few games and all the upcoming ones too, we really need this game. We have a lot of ground to make up if we want back into the race for the post season and very little margin for error. The Kings currently sit 2 points behind the Kings in the standings. Right now we're technically last in the West. That's no good. The good news is that we're only 5 points out of 8th and most of the teams ahead of us have used op the games they had in hand. There are a few that still have 1 or 2 though so we could use the help of other losing for any chance to claw up the ranks.

1. Don't Beat Yourselves: Over the course of the losing streak that we finally snapped, and even in the Atlanta game, we were consistantly beating ourselves. We'd miss checks, not dump deep enough for changes, get silly penalties, whatever we needed to do at the time to mess ourselves we'd do it. If you're going to go down guys, at least make it because the other team was better than you. Have pride in your game, and if you need to, just go back to the lessons you've learned since day one of Pee-wee and make the game as simple as possible. WIth the skill on our team we should do well if everyone is on the same page.

2. Bryz needs to shake the rust off: After Tellqvist got two starts Bryzgalov will be back in goal for the Coyotes today. Hopefully he's back in crazy Russian form and isn't negatively effected by getting the rest. Over the previously mentioned losing streak, Bryz wasn't usually the one at fault, he'd give up some, but the team as a whole wasn't there. He needs to just play his game and not let previous games mess with him.

3. Get moving: Or guys need to be skating with a purpose out there. I don't know how many times I saw guys overskating pucks by a mile, losing the puck, getting pulled oout of position by the opposing teams for goals etc. They need to know where they're going and keep the feet moving. Don't get caught standing around.

4. Keep Playing, Even with the Lead: We let Atlanta get back in that game on Thursday with lazy play. They scored good goals, but they happened because guys weren't where they needed to be, or covering the wrong area. Before that we've been up at times in previous games, but couldn't keep playing at the level we needed to to stay in the game. If you get the lead just keep building it. This isn't college football. No one is going to yell at you for padding the score. That's your job to score a lot more than the other team.

5. Keep the Energy that you have in the First Period: Our FIrst periods have been great. Full of energy. Checking, goals, all around good play. Then you come out for the second and fall flat more often than not. What's up with that? Need to drink a Red Bull between periods or something? I don't get it at all. Just replicate the effort and fire in the other periods and the Kings will crumble.