Offer Made to Buy the Phoenix Coyotes!

Share All sharing options for: Offer Made to Buy the Phoenix Coyotes! 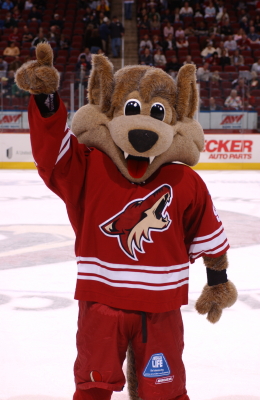 TSN is now reporting that an offer has been made to purchase the Phoenix Coyotes. Unfortunately, there aren't a lot of details into who, or what the details of such a purchase would be. It's not nearly a final deal, but an opening offer to get things going. TSN also says that the City of Glendale is budging on some areas of the lease, making the deal more attractive.

What does this mean in the scheme of things? Well, not a lot, yet. Though as details come out it should hopefully silence those that insist the team should be moved (among them, the TSN commenters as you may notice). We can only hope. In any event, so long as the major penalties for moving stayed in place then our team is going nowhere.

More details as we get them...