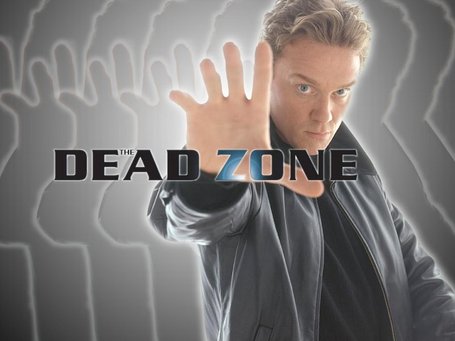 The Dead Zone: Where it seems every Coyotes -Ducks game is broadcast.

The Coyotes and Ducks meet this afternoon for the fourth time this season, and for the third time, neither team is broadcasting the game on television. Last game the Coyotes scrambled at the last minute to put the arena feed with radio coverage on Center Ice, but not this time. Can someone in the league offices please make sure that Someone is broadcasting every game? I mean seriously people pay good money to see all the hockey games and then we hit these types of games? Ridiculous. Not only that but most fans have only been able to see 1 of the games between these teams all year! I get that they're Pacific division opponents and that we see them all the time, but really? 1 of 4. Stellar job guys.

And as I'm typing this we get word that the game will once again be broadcast with the arena feed and Ducks radio. Well at least I get to see it since I have Center Ice, but everyone else is outta luck.

Play Strong, but not Desperate Defense
It seemed like our defense and players in general were all over the place against the Blue Jackets on Thursday. A defense should be moving, but they were jumping all over the place to try and cover the Jacket's attackers. Typically when they get like that bad things happen, but they made it work of them on Thursday. They'll need to calm things down tonight though.

Point Pinching
The lone regulation goal was netted by Keith Yandle when he came in from the point to bury one. When done right that type of play has been extremely effective for us not only by Yandle, but Jovanovski, Vandermeer and Aucoin have all been productive for us when they come into the play.

Shootout Boost?
Both Shane Doan and Robert Lang have been slow to get on track with their goal scoring this year. However in the shootout they were the go to guys for Coach Dave Tippet and both of them buried their chances. Sure, they aren't regulation goals, and they don't show up on the score sheet, but maybe they can finally help both guys find the back of the net.

Stop Taking Dumb Penalties
The Coyotes took all kinds of sloppy penalties in the last game. another too many men, several stick infractions, just lazy stuff that sent them to the box. Sure out PK has been great, but you can only give the other team so many chances before they make you pay like Rick Nash did.

Leave no Doubt!
The Coyotes have won two of the three meetings against the Ducks this year, but all three games have been decided by one goal. How about this time we locate some of that offence that we found in Toronto and let our division rival have it.

While he may not have scored in the last game, Taylor Pyatt has found his scoring touch as of late and on an energy line has found ways to score important goals. We'll need those goals to beat Jonas Hiller who has an impressive record against the Coyotes at 7-0-2 with 2.20GAA and .927 Sv%