Share All sharing options for: Coyotes at Flames: Game Preview #25 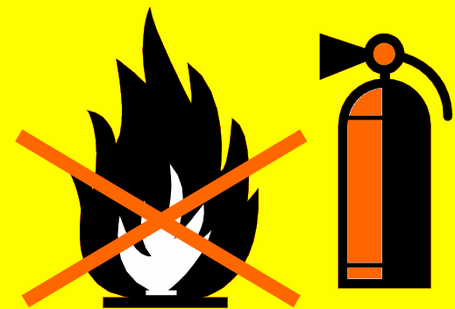 Your humble host OdinMercer is heading for the frozen Utah tundra to take advantage of a very unfortunate turkey, so I, zyllyx, am here to preview Wednesday night's action between the Phoenix Coyotes and the Calgary Flames.

Amazingly enough, the Coyotes are a mere two points behind our conference rivals going into Wednesday. Even better, the Flames' home record is a relatively unimpressive 6-5-0 (compared to a 7-1-3 road record) so the prospects for the Coyotes are not as dismal as they might have been in previous years at the Pengrowth Saddledome.

The Coyotes are hoping to get back to winning after running into a brick wall named Jeff Deslauriers in Edmonton Monday night. The team has not lost three games in a row all season but they also have not put together two wins in a row all month. This would be a great time to get a win streak started.

Without further ado, here is the time honored

Contain Jarome Iginla
Jarome Iginla has been one of the hottest snipers in the league in November with 12 goals in 10 games and a hat trick on Saturday against the Los Angeles Kings. His 23.9% shot percentage is almost 10 percentage points better than any regular forward on the Coyotes' roster. He's also one of the league's most respected and determined players. But while you can't stop Iginla, you can certainly contain him. The Coyotes will need to try to keep a leash on the Flames' "big dog" if they want a shot to win.

Don't Let the Ex-Coyotes Prove (Or Score, For That Matter) Any Points
The Flames' roster has plenty of ex-Coyotes including Olli Jokinen, Nigel Dawes and Fredrik Sjostrom, as well as Brandon Prust and Brian McGrattan. The stakes will be high for all of those players because of the way they left Arizona. Jokinen has an axe to grind against Phoenix because of the whispers that he was a locker room cancer here; Dawes and Sjostrom both want Phoenix to realize that they're not the "failed project players" that they appeared to be when they were moved out of our system; Prust, who was traded to Phoenix and then back to Calgary, probably isn't happy that the Coyotes considered him an "oops" that they "re-gifted"; and Brian McGrattan - if he ends up in the lineup - probably wants to pound out some of the demons that set upon him in the Valley of the Sun. (Jamie Lundmark's there too, but I doubt he has much of a score to settle.) The Coyotes will reciprocate with ex-Flames Matthew Lombardi, James Vandermeer and Adrian Aucoin, who hopefully will do a better job of teaching a lesson to their former team than Scottie Upshall did against the Flyers last weekend.

Play Like You Want to Be In The Lineup
Nobody wants to be the latest "beneficiary" of Dave Tippett's "suck and scratch" teaching opportunity. Tippett has taken to severely limiting or healthy-scratching players who aren't giving the kind of effort the coaching staff wants. While this is a welcome change from the frankly dubious "let's sit a random Russian for a few weeks" method of the Gretzky era, it has made for some interesting names in the press box attendance rolls. As for who the Wheel of Misfortune will tap for a press box visit in Calgary... well, based on their even-strength icetime in Edmonton, recent rumor-mill-victim Peter Mueller (9:45) and Taylor Pyatt (9:36) look like they could be wearing suits and not sweaters when the puck drops.

Grit Good, Fear Bad
The Calgary Flames' end of the ice is a daunting workplace for any team in the league. With Miikka Kiprusoff (he of the 2.57 GAA and .915 save percentage) patrolling the crease and guys like Dion Phaneuf, Jay Bouwmeester, Cory Sarich and Robyn Regehr clogging the blueline, it will take determination and persistence to break through and score. The Coyotes are going to need to require a command performance from the forwards in order to score - throw the body, finish checks, take a check to make the play... all of the standard hockey cliches apply. A welcome sight for the Desert Dogs would be the appearance of "Angry Doan," the Mr. Hyde persona of the Coyotes' captain who completely leveled the Oilers' Sheldon Souray for having the temerity to knock Doan's helmet off. The Phaneuf family may think their boys are tough but not even Neon Dion can withstand the awesome force of Angry Doan.

PRESSURE!
In the third period of the Coyotes-Oilers game, assistant coach Dave King changed tactics and used a 2-1-2 with a hard forecheck to put pressure on Edmonton. Although the team didn't score, the number of scoring chances dramatically increased and the Oilers had to rely on Jeff Deslauriers to bail them out of several very tight spots. The Coyotes need to bring that aggressive pressure into Pengrowth Saddledome and keep the Flames on their heels.

Note: Ed Jovanovski is on the road trip with the team and is a game-time decision.

The Flames are auctioning off a road trip for two Flames fans to Phoenix and Jobing.com Arena for the December 3rd game between the clubs, with a Cardinals game thrown in for good measure. It's for charity, and the bidding seems to be quite healthy so far. I wonder if the Flames are going to wait for the Coyotes' Sandstorm Sale that starts this Friday so they can grab the winning seats at a discount...

It's been too long since we've seen Pierre The Fanatic Hockey Snowman around, so to lift all of our spirits, here's the (snow)man himself: