Coyotes forget to show up. Lose to Hawks 6-0

Share All sharing options for: Coyotes forget to show up. Lose to Hawks 6-0 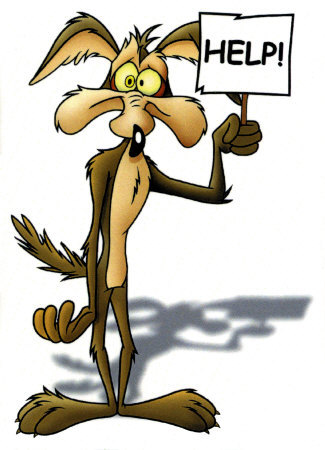 I had to sleep that one off. Once again we face the Hawks and once again we forgot that were were supposed to play a hockey game and looked like we showed up to play red rover on skates. I'd like to try and pull something positive from this game, but I really can't think of much. I guess our Power Play looked okay in the last half of the game, even if they couldn't score. There I found one thing. Other than that they were pretty abysmal.

Did they do anything I thought they needed? No.

Telly Monster: Played terribly. I'd love to blame those 4 goals on him in the first on the team in front of him, but no. He let weak rebounds go and Chicago managed to get them in the net. Not good.

PP: Yeah, they still can't score to save their lives. Double minor and they couldn't get one, 5 on 3 and nothing. Do we not have someone we can hire to help us with this?

Keep the Lines: Nope. Gretz used the line blender yet again. It's like playing the lotto, you can never guess what's coming out next.

Stupid Penalties: 1 Delay of Game and a CHarge at the end on Huet by Fedoruk. Not that it mattered. Hey, at least the PK did well, no PP goals! Wheeee!

Pretty much a crap game all around. THese are exactly the games we don't need to have at the moment. having money issues and all. I heard people as they were leaving (In the 2nd period) Grumbling things like "It's just like throwing money away." That's really going to help our situation. Especially when it's a Tuesday night game and a decent amount of fans actually showed up. We came ready for an intense game which the players and Gretz had talked about and got Crap on ice and Jovo bled his own blood. Awesome. And I thought 7-1 and that 4-0 Kings loss looked bad. I'm done with this game. Let us never speak of it again. 41 games down. 2nd half of the season starts tomorrow. New day blah blah blah. Seriously. No more of this.

Hey, there may be one good thing coming out of today. Did Dave Vest get canned? This is usually his gig. I won't be sad if they ditched his salary and commentary...

Hey, I may have actually found that interview...

(Thanks to Kukla's Corner and Xtranormal for quite possibly the coolest video tool of all time.