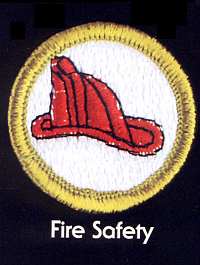 I'm going to make this short and sweet tonight as i'm exhausted and we get to do this all over again tomorrow. We did pretty freaking good for getting pounded all over the place. 2 more points on the road to the playoffs. Some Awesome goals by our guys. The Boedker goal was especially nice as it was awesome on its own, but was also payback for getting shoved around all game. Bryzgalov looked pretty good and we had a decent offense. Fun game! Let's review...

Keep up the power play: They didn't revert all the way back to horrible Power Play, but also didn't convert on three chances. I'll take the effort though, they haven't looked inept for a while.

CHECK, CHECK, 1, 2, 3, CHECK: They used the hitting game with some effectiveness, but Calgary laid most of the big ones. They didn't let themselves get pushed around too much.

Keep the D at the NHL level: Hale was able to get his 2nd goal both of the year and his career. He also was keeping the Flames on their toes with hits that he doesn't usually bring. Yandle was fairly invisible, but also didn't make you hate him tonight.

Neutralize Iginla: Did a fairly good job of boxing him up tonight. Nothing really got going for him. He was able to pick up a couple of assists, but still couldn't get the back of the net himself.

FIGHT! FIGHT! FIGHT!: Hale and Iginla squared off early after some shoving in front of the net. WOuld have been a better fight if Iginla wasn't using the windsheild of a Ford Fairlane as a visor. Seriously that thing is massive. Punching Plexiglass, or acrylic or whatever that stuff is isn't pleasant.

Good game. Tomorrow (Or today now) we take on the Oilers. We'll see if we can finish the sweep of western Canada.