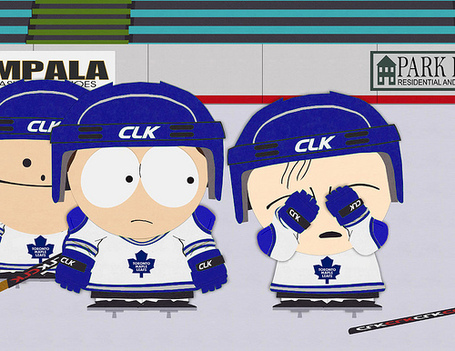 Okay. So... EPIC FAIL by not noticing that there was yet another fancy button to be pushed in order to front page my game thread. At least the ladies and gents from PPP were able to find it and sufficiently trash the place. I will be sure to double, triple and quadruple check that everything will go off without a hitch for all remaining gamedays. . Special sorries to saskhab, bigjoe, et al for not delivering as promised.

But EPIC WIN! For the Yotes. Coyotes 6, Hanzal 3 - Leafs 3! No question who the star of the game should be.

Scored the hat trick, and played an all out excellent game. One of the prettier spots from a pretty ugly game.