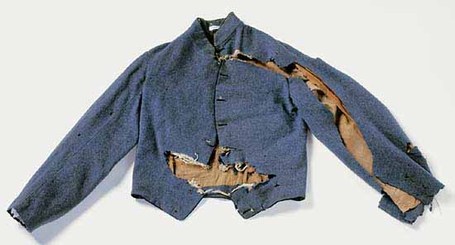 Another day, another W for the good guys as the Coyotes downed the Jackets 2 - 0. They played another strong game, which I know may be redundant after seeing a big 0 up there, but it's true. Bryz stood on his head all night, making great saves and moving well from side-to-side. Some thought he may have been somewhat injured becuse he hadn't been making those moves very well, but he's looking great now. What's been really nice is that he's started off games strong rather than taking time to find his groove. WHile we haven't had much offense in the 1st period of games lately, Byrz has kept it even long enough for the Offense to kick in. Thanks to him and some timely goals. We've now gotten points in our last 6 games at 4-0-2.

Steve Reinprecht got the first goal off of a nice rebound right in front of the net. Klee took the long slapper and he was able to pick up the garbage in front. Mason didn't even have a chance...

The Coyotes second goal was a very pretty one from Mikkel Boedker. He was able to get a Columbus turnover in their own zone, and glided in on the backhand and just lifted it right past Steve Mason.

Excelent game from our boys. They keep this up and Anaheim will be looking of thier shoulders waching for uss to come eat some duck in the standings.