BREAKING: Montreal Canadiens to be relocated!?

Share All sharing options for: BREAKING: Montreal Canadiens to be relocated!? 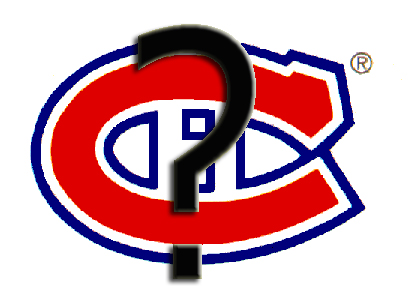 Sources at the league office have confirmed that due to a drop in the value of the Canadian Dollar, franchises north of the border have been hard hit and are facing tough times. Even with Arenas selling out on a nightly basis, teams have struggled to cut costs. That being the case, several teams have looked at either relocating, or playing in other areas for at least some games in order to increase revenue. Montreal is one of those teams that is seriously looking into such an arrangement. While not necessarily a traditional hockey market, one of the places they are looking at is the third largest city in the world with lots of untapped hockey potential... The new look jerseys have already been designed and are ready to launch as soon as the terms of any split time or relocation deal has been reached. More after the jump... 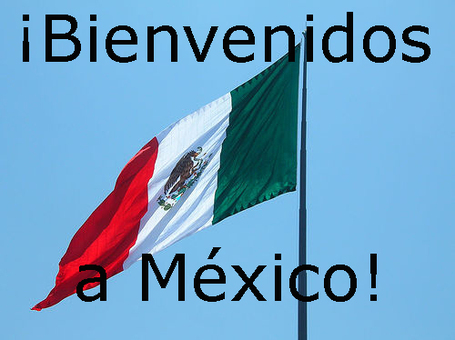 What? Why not? I'll tell you why not... It's TOO GOOD of an idea for Bettman to ever do it. 3rd largest city in the WORLD!  Why shouldn't they get the best hockey you can get?  They could pack Arena Mexico with 17000 crazed hockey fans. It'd be great! It's because Bettman is in the pocket of Canada. We all know it. That's why they keep trying to move our teams. Even the Canadians have always said that Bettman was to Pro-Canadian.

Bettman has also been accused of having an "anti-Canadian" agenda,[14] with critics citing the relocation of the franchises in Quebec City and Winnipeg and his apparent refusal to help stop it, along with the aborted sale of the Nashville Predators in 2007 to interests that would have moved the team to Hamilton, Ontario.

SHUT UP QUOTE BOX! And you know Wikipedia is a crappy and unreliable place to cite! Why do you always have to get in my way? Proving me "wrong" as you always like to say huh?

Because I hate you?

Whatever. You suck. Now back to my original point. Why couldn't it work? So what if it's friggin hot down there? They could make it work! And with little to no alterations to the current uniform. 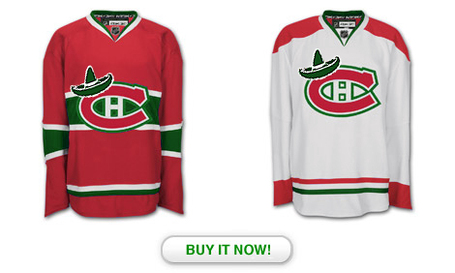 See? Aren't those awesome? You know you'd want to take a trip to see Los Habitantes take the "hielo" right? You know that'd be sweet.

And don't worry, my sources tell me other canadian teams may be considering similar "ventures" at a later date...