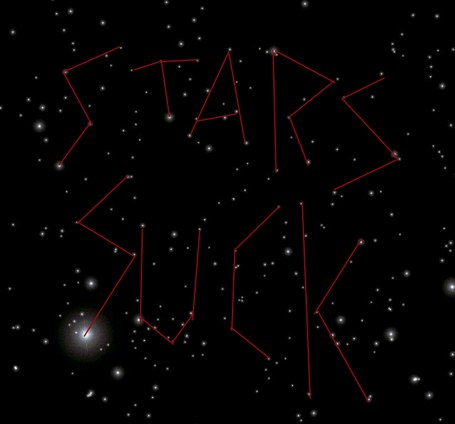 I think we won. If not, the constelation still has it right...

WE WIN! 5 - 3. We get our confidence back, Bryz looked like he was doing alright and our offense was able to put up some goals and had other quality chances. Pretty happy with the effort tonight.

Star of the Game: Olli Jokinen

Had a great 1st game back and showed no lingering damage from the shoulder injury. Scored 2 goals including the game winner at the end of the second period with 3 seconds left. Deflated the Stars and the crowd and didn't give them a chance to get it back before intermission. The Stars tried to get things going again, but the 'Yotes did great in the 3rd and shut them down.

Martin Hanzal had another great game, also scoring 2 goals and generally being a pain to the Stars. Disrupting passes and plays, which is exactly how he got his second goal on an open net when Turco tried to be a skater from the outside boards and pass cross ice.